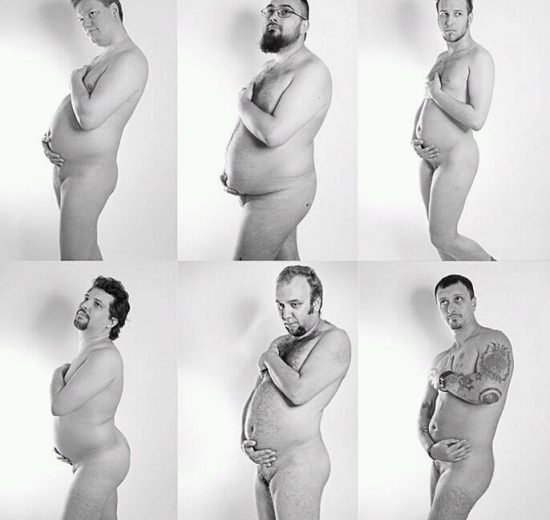 Are you a Funny Fat Guy?

If you havent seen the picture above, sorry for the rage you just experienced but I had to share it with someone.

This photo has made its rounds on twitter (@TheFamilyAlpha) and the first time I saw it I immediately thought of something Ive touched on before: The Funny Fat Guy.

Unbeknownst to me at the time, I started on the path that was to become The Family Alpha years before I knew anything of the Manosphere, Red Pill, or the topic of Masculinity as a whole.

œThere was this sailor of mine who, during the middle of one of our deployments, I found alone and crying. I asked what the issue was, to which he responded, œMy wife told me (via email) she is sick of me being a pussy and that she wants to leave with the kids. I know shes found someone else and Im going to come back from this deployment to an empty house without my kids¦ Why cant I be more like you, why cant she love me, why cant the other guys respect me, why am I such a fucking weak loser¦

Looking back, this may have been the seed that sprouted and grew into The Family Alpha. This was the first person I ever counseled on reclaiming masculinity in himself and ultimately as a married man. Notice, I said, ˜reclaiming masculinity in himself˜. I couldnt make him ˜more like me˜, I could only guide him to thinking and acting like the man he as supposed to be all along.

You see, the men pictured above are real men that have been convinced that taking pride in the feminized, beta, desperate self will gain favor with others.

The men in this photo are the ones who will do the truffle shuffle at parties and have everyone laugh at them not with them while their wives hang their heads, looking at the pathetic excuse of a man she married. If you confront these men on this photo they’ll say, ˜Why do you have to be so serious, this is funny being a man doesnt mean being muscular, it means having pride in who you are.

Looking at this photo now, these men are just fat girls with a dick.

These men are chicks with dicks who would chastise me for maintaining the standard of masculinity and manly behaviors while calling me a tool hanging on to a stereotype.

These types of guys would say I was a pussy for not accepting men who did this. Somehow theyd managed to convince themselves that taking this type of photo was brave and what real men do.

These men are placing their sword on the ground and throwing themselves on it for the sake of possibly getting some attention and support from feminists.

These sad men want acceptance so bad that they would kill themselves and hide their true nature so as to find acceptance into the PC crowd and the ˜#HealthAtEverySize club.

This photo was nothing more than a covert contract. A huge con that these guys are pulling in order to gain favor, because they want something.

These fat dudes pictured above want love, they want someone to tell them its ok to be who you are, women dont like muscles, they like nice guys who can take pregnancy photos, brave men who are comfortable showing off their beer gut.

Except, it wont happen because their desperation reeks.

Men loathe them for tarnishing the image of being a man and women despise them as they are merely pawns.

Those dudes arent having sex, they arent happy, and their relationship if they have one, has a woman who looks at him as another child in the family.

This is where we are as a society.

I am drawing a line in the sand, I am setting a boundary and I advise all of you reading this to do the same.

Do not support these types of images, do not go along with the acceptance of weak men. If a man does this type of shit, let him know its pathetic.

Im aware of the 38th Law (Think as you like but behave like others)  in The 48 Laws of Power but there comes a time and place where you have to be the lone voice in the crowd that says, œNo. to be the one to swim against the politically correct stream and say, Fuck that, this shit isnt going to fly anymore.

Could you imagine one of these dudes being your father? Look at them, could you imagine being their wife, having the dadbod lay on you, squishing you while you have your 46 seconds of missionary before he is winded?

These arent masculine men and they sure as hell arent brave men.

They are weak men and for masculinity to return in its natural form, we have to stop promoting this type of behavior.