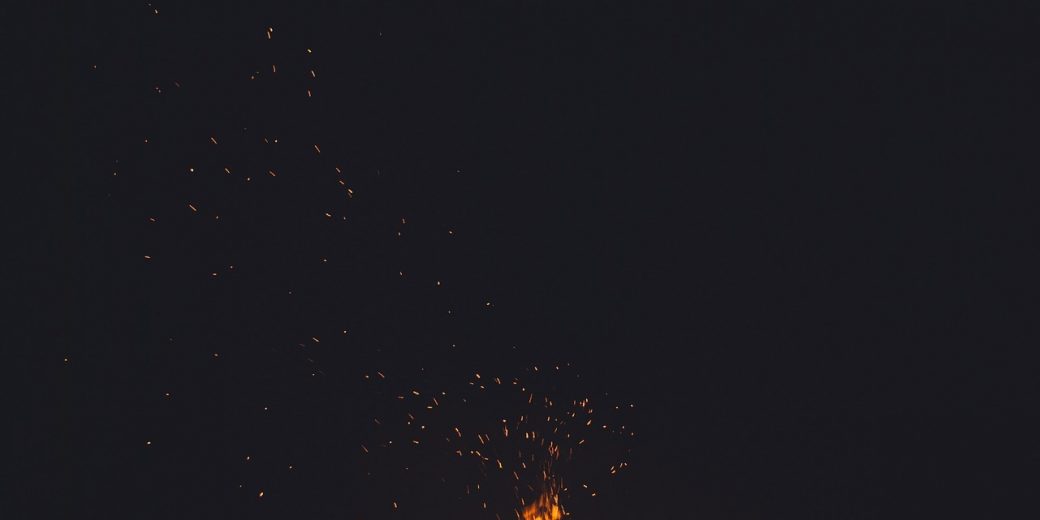 At the Edge of the Fire’s Light.

I want you to picture this.

He’s got a fire made, his tribe is sleeping, and he has been designated as the “night watch“.

He hears something in the bushes, a rustling, a shadow, movement that can’t be seen but rather felt. He grabs his buddies Grok & Sog who are also awake and together, they walk towards it…

They don’t scream to the tribe because that may trigger an attack.

They don’t wake the others because they don’t yet know if this is real danger.

They walk alone towards what they feel is an outsider because that is their job.

Going closer to the tribe means whatever “it” is can also get closer to them, ceding ground is not the right call.

It is right at the edge between the safety of their flame and the shadow of eternal darkness that a decision is to be made; stand the ground? retreat to safety? or pursue the noise?

All three know the answer, you don’t blindly chase an unknown threat into the dark as that’s just stupid, you don’t retreat as that leaves you open to almost guaranteed attack, you certainly do expand your area of observation and prepare to defend against what could be an immediate delivery of overwhelming violence at a moments notice.

That is where we find ourselves now.

Our families are safe, but there’s something in the bushes.

If you’re reading this blog then your flame is lit, you understand the importance of developing and expressing the masculine nature hardwired into your brain as a man.

You understand the need to lead and be prepared for whatever may come your way; understand this now, something is coming our way and we don’t know exactly what that thing is.

It’s in the bushes, it’s rustling around, and we need to grab our buddies and walk to the edge. We don’t need to go screaming into the abyss only to be consumed by it. We need to walk further from our comfort zone and stand our ground, refusing to give an inch.

If we give an inch, we won’t get it back.

If we retreat, the ground gained is lost for good.

Look at what it is we’re facing.

Transgender story time at schools are on the horizon, mandatory chemical castration of our boy’s T Levels is coming, anything promoting a stable family unit is in the crosshairs of “them” (Lawmakers, big business, divorce industry, SJWs, and many, many more) all in the name of “equality”.

Men, if you aren’t willing to stand your ground your family is at serious risk of being wiped out within 2 generations.

I look around and see new resources coming to life and view it as men joining me at the edge of the fire’s light, placing it all on the line to defend what we hold dear.

I believe this quote from Martin NiemÃ¶ller is apt at this moment in our time.

First they came for the socialists, and I did not speak out”because I was not a socialist.

Then they came for the Jews, and I did not speak out”because I was not a Jew.

Then they came for me”and there was no one left to speak for me.”

It is but a matter of time before “it” impacts your life directly. Whether it be a target on you, your wife, or your children all the things you think don’t concern you and have you saying that the “manosphere” men are just delusional and paranoid will make complete sense and at that point, what defense will you have what preparations and networks have you made?

It isn’t “if” but rather “when” gentlemen.

As Ivan Throne says, we live in a dark world. I agree with him, I also believe we carry the Flame of Freedom and the light from that flame keeps us safe, but we still must walk to the edge, where the light is low, and we need to keep an eye as to what is out there in that ink black abyss which is darker than a shark’s soulless eye.

Keep your head on a swivel and start paying attention, I don’t want you caught off guard.