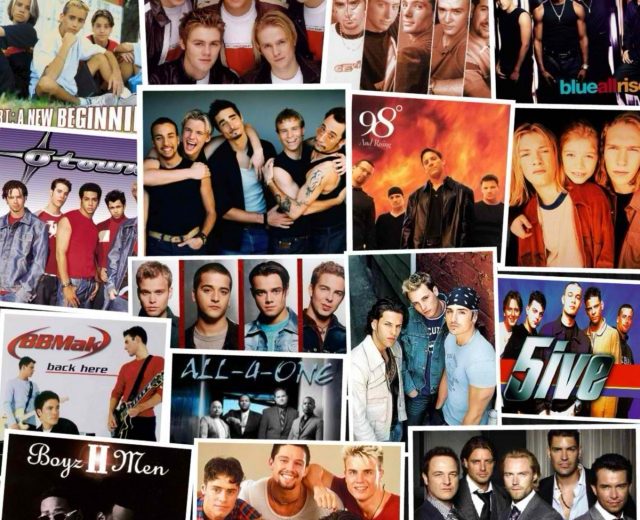 Be the entire Boy Band

Have you ever noticed that all “Boy Bands” seem to be comprised of the same personalities?

This is manufactured by producers to check all of the boxes the target audience (women) would desire.

There’s the sexy young guy, the more gothic and serious one, then you go to the class clown, then of course, the older wise and romantic man.

I’m telling you now, it’s your job as a man in an LTR or marriage to check all of those boxes.

As family men (I’ll use “family man” but men in LTRs fall into the category) we have to fill every role our wife needs from a man. We also must do this while retaining our identity as a masculine male. Often times men become complacent (Ive got a wife why do I need to try anymore) or they start to think that their woman will think and act like a man (she won’t) so instead of working to raise their performance, they pretend that there isn’t a necessity to ‘play the game’.

A guy who is single can date and have sex with a multitude of women and be the same guy to each one of them. Because they see him so infrequently (maybe only once) so his demeanor is new to them.

He can use the same technique with foreplay and sex; he can even tell the same exact story to get them to find him interesting.

Every one of these women will view him as something fresh.

Us married men do not have this luxury.

This isn’t easy, if done right though, it certainly is worth it.

Married men simply cannot take their foot off the gas like a single dude can, and that’s ok as we will carry the burden of performance without complaint but let us not start viewing marriage as “easy or conservative” because it is in fact one of the most difficult commitments a man can take on.

The worst thing you can do to women is bore them.

If youre boring she will find some other thrill and too often that thrill comes from the attention of another man.

The same is true with who you are as a man and the role you play in her life. I am 33 years old and grew up hearing the 90s boy bands. Each one was a clone of the other.

If you look at N Sync, The Backstreet Boys, and 98 Degrees youll see that they are cookie cut ˜types of men that were selected to maximize audience attendance (thus profits).

Again, each band had the sad guy, the hot guy, the sensitive guy, the funny guy, and the tough guy.

You have to fill these exact roles for your wife.

You need to be the caveman, the romantic, intelligent, and spontaneous all at once or more accurately at the right times.

You cannot allow your relationship to stagnate because youre so focused on being comfortable and expecting your wife to just “Love you the way you are”; that isn’t how any of this works.

Dont pigeonhole yourself into thinking that you are only “one type” of guy.

Push the boundaries of what you think you can do and who you really are. Show her youre a beast by working out, enforcing boundaries, and leading your family with infinite reserves of self-confidence.

Show her you have emotions by being soft with your kids, picking her up and telling her that shes your girl, and showing passion when you talk about a subject that is dear to you.

Dont go and cry over frivolous matters which mean nothing in the scheme of things, but rather genuinely share some raw feelings when topics which you actually care for are brought up.

For example, I hate obese kids.

(Alright, I dont hate them I hate that their parents are pitiful and weak.)

It is entirely preventable and when I get on the subject I will make you listen to me and you will hear what I have to say because I become passionate and you hear that through my voice.

Too many men are just whatever about everything.

Im always looking to challenge myself and one of those challenges came when I surprised my wife with a date night. She had no idea I had planned an entire night around a Paint Night that a local pub was putting on.

I have always told myself I hated the Arts. I am a builder, not so much a painter. To really show how far outside the comfort-zone this was for me was that when we showed up to the group of 20, I was one of two dudes.

What did I do?

It’s more about what I refused to do.

I didnt play the role of doting husband along for the ride, I owned that place and we had a blast; I was getting looks from the buzzed middle aged women who were there with their girls and my wife had an awesome time.

You have to solve the Rubik’s cube that is your wife’s mind and you should enjoy the process of clearing each line and getting the colors to match up.

I would have viewed painting as the most feminine thing a man could do not too long ago. But, I let go of giving a shit what anyone else thought of anything I did and I just did what I thought would be fun and it was.

We need to embrace every aspect of masculinity, too include the romantic side. You can be strong in every moment, even when youre painting a canvas of a red tree on a mountain while drinking Merlot.

Stop being a ˜whatever dude and start giving a damn, life is too short not to.

Dont avoid confrontation, embrace it and then burn your ship on the shore, refusing to ever go back to the man you were.

Your wife will appreciate that and in turn recognize the fact that she does have a quality man. One who fills every role she needs, one who plucks the chords of her heart, mind, and soul.

Until you take the reigns and own all of who you are as a man, she will look at you the way the world does, like a schmuck who cant find a reason to care enough that he can take action.

When you aren’t afraid to be brash, romantic, funny, and smart well then she’ll never get bored because she won’t ever know what’s coming next.