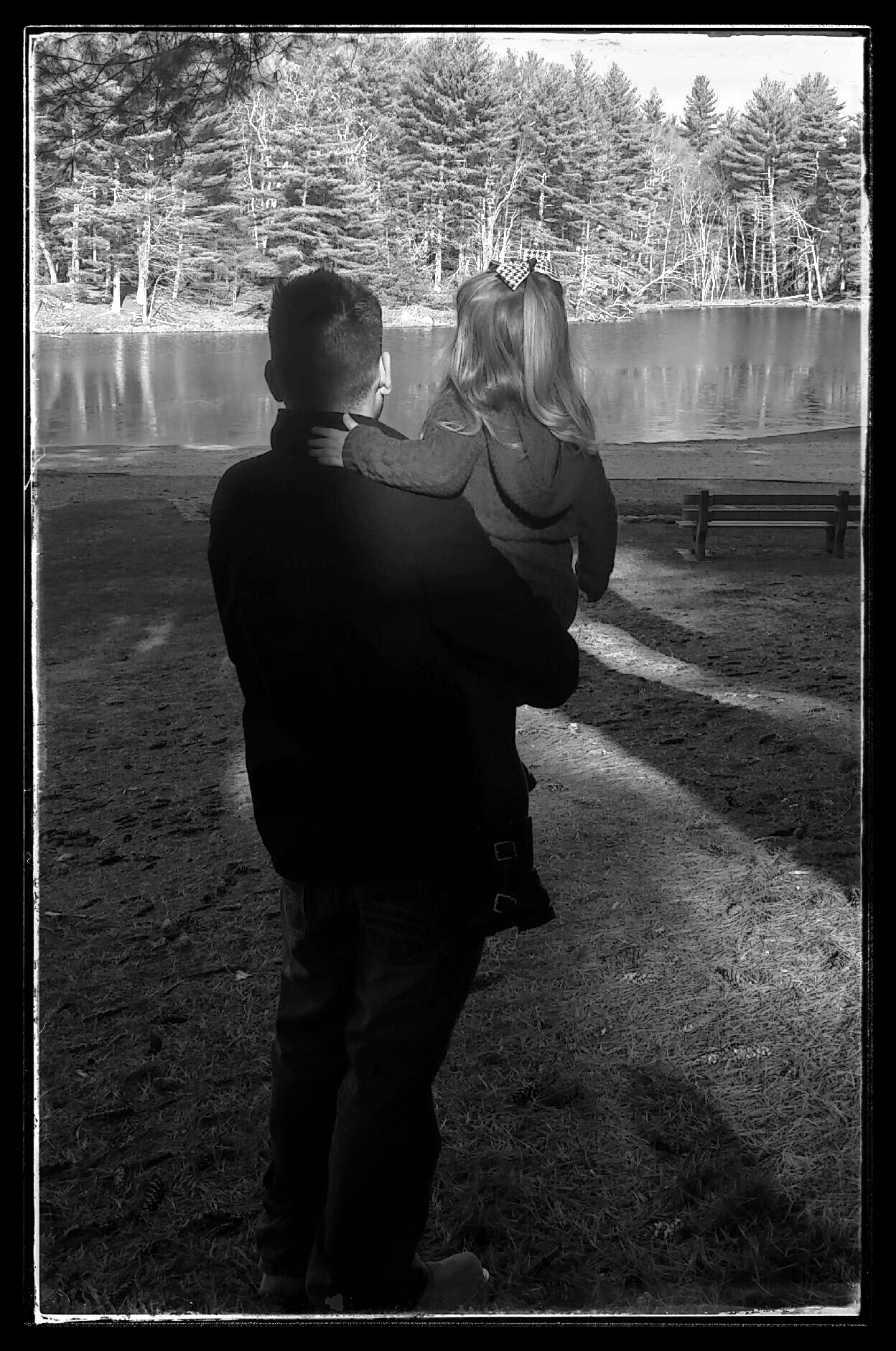 Be the masculine presence that shows her what a man is supposed to be and how he should act.

I am a fortunate man in the sense that I have both a masculine son and a feminine daughter. After I wrote Fathers and Sons, where I discussed how, “Your son is going to follow the example you set, not the advice you provide.” I decided to write a piece dealing with how to raise a daughter as a masculine man.

The way I’ve been raising my daughter is very similar to the way that I have been leading my wife. I fill my role as the leader in the household, I establish and maintain boundaries, and I don’t try to solve all of their problems.

There are time where both my wife and daughter have brought issues to me, not so that I could fix it but rather, because they wanted to vent. It’s a fine line, but you’ve got to learn the difference.

The best way a masculine father can raise his daughter is by showing her through actions and behaviors what men are expected to do, be the shield and spear.

My wife and I maintain a standard in our house. We have the kids make their beds, brush their teeth, get dressed, use their manners, etc.  but they’re kids and sometimes that means that they are going to be little assholes. When my daughter tests her boundaries, she will normally do it to my wife as I shut her shit tests (they start early) down quickly.

My wife, if failing to get my daughter to comply will ask, “Do I have to get Dad?” Which is always answered with a quick and clear, “No” and then she listens.

This is due to the fact that I am the overall disciplinarian for my family. I am the man who has the final say in what goes on in the house. It is important that you, as her father, are fair handed in your decision making. She needs to see masculinity as the dominant not domineering ruler of a well run home.

Just because she is afraid someone will get dad if she misbehaves, it doesn’t mean you are always the ‘tough guy’.

You also need to be the guy who is rolling around with her, playing games with her, and swinging her around. She is a female, just like your wife she needs to smile and just go along for the ride. Like your wife your daughter also needs to see both the alpha and beta behavior from you. Don’t try to be the fake alpha intimidating dad, women see right through it.

You know the type of dads who are all tough when it comes to dealing with 12 year old boys?

I’m gonna be cleanin’ my shotgun when that boy brings her back from that date, mmmhmmm.

You know what makes daughters have secret sex lives? Dads like that.

You should, when she is of age, be the father who has built the relationship to the point where your daughter can talk to you about boys. If you don’t want her seeking attention via her body, then you need to invest the time & attention with her to let her know that you understand she is a woman and that the door is open if she has any questions or needs any advice.

Your understanding of the female psyche from reading this blog and the rest of the Manosphere separates you from the average weak dad.

Get her to think about her choices by educating her with what you know. When it comes to instilling morals and values, understand that she is a woman and that she will act according to her biological nature. If you thought for a moment you could raise her the same way you raise your son, you have not been listening…

The Son & Daughter – Masculine and Feminine; just like the yin-yang they are very similar, yet completely the opposite, totally complementary..

Teach her to value physical fitness, confidence, reputation, a sense of purpose, and the social dynamics between men and women through your actions:

If you set the example and counteract the influence a majority of society is going to poison her mind with, then she will know that a woman can be submissive without being weak. Society has tainted the word ‘submissive’ and associated it with a pathetic weakling.

By leading your wife to where she is happy and able to fill her complimentary role to your own, your daughter is afforded an example to follow that will lead to a greater sense of self understanding and an ability to better express her true biological nature.

While I believe that masculinity has been deconstructed and dismantled from society, I also believe there is an agenda to manipulate & destroy femininity. Women can’t be stay at home moms or say they are submissive because of the harping of ‘feminists’.

This leads to a similar ‘repression of self‘ that men experience.

While the female imperative is pushing for women’s sexual freedom to know no bounds, they are destroying the natural aspect of women to follow men. Feminists would never admit this, but they aren’t fighting for anything resembling actual feminine nature or sexual equality. Nope, they are just harping for totally free access to everything everywhere while trying to turn every man into a defenseless sub-servant.

If you can teach your daughter early that it’s OK to just be a woman in our society and that she should maintain  standard for herself and any man that she allows into her life, then you will give her a fighting chance to being a high quality woman.

Remember this single most important point.

Your daughter is measuring these men to the bar you set. Every time you choose to be an weak man, its another drop in her respect for men. She will view men as weak. Do you want her to look for a quality man?

If so, then be her first impression of what a quality masculine man is, her shield and spear. If you do choose to set that bar at the highest limit, then you will know that the man she brings home looking to be your future son-in-law will have climbed to those same heights.