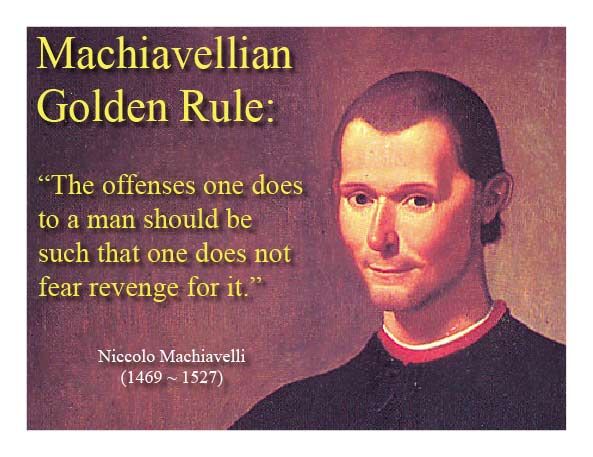 Ending the line of Chads Destroy any remnants of other men in your woman’s mind and replace with your own memories.

There is a line in The Prince by Niccolo Machiavelli that states (my own translation): œOnce a man has conquered a territory he must do two things if he wants to keep that territory. (1) He must destroy the line of men who claimed the territory before him and (2) he must not disturb the current state of the population.

Id like you to look at this from the perspective of getting the most from your woman and claiming her as your own.

This can be an exclusive plate, your LTR/girlfriend or your wife of two decades. You want all of her and you can get all of her if you are able to do the two things Machiavelli discusses above.

The “Manosphere” makes the point (which I agree with) that as men, our women are not ours, we neither own nor control them, its just our turn with them.

How long and how enjoyable your turn is, is completely up to you. If you want to get the best your wife has to offer, then you need to release her slut and control it.

Let it be known that while it is just your turn with her, its your turn so you need to ensure you get the most from it.

When you decide to take a plate and go exclusive youre just turning her into “fine china“. Shes still a plate, serves the purpose of a plate, and looks like a plate (maybe fancier or better looking; but still, a fucking plate). The difference is you like this plate more, it looks better, and you care if it breaks. Just remember, APALT(All Plates Are Like That) so keep treating your woman the way you would if you were still trying to “get her” or take over that new territory.

Chad has planted his flag on the memories of:

Destroy Chad by being better than he was, at everything.

The End of the Line

To end the lineage of Chad you need to supplant these memories; you need to kill him from her mind. You must make yourself the reference point from which she measures all other men. Chad dies when you become the man who holds the territory of her mind and when you do this, you make it much more likely to keep the territory youve conquered.

The way to do this is to “one-up” every moment shes experienced. Women base the value of everything on how it makes them feel. If she fucked Chad in an elevator you need to not only fuck her in an elevator but step the game up a notch and fuck her in a changing room, on a roof, at a park. She will feel so much emotion from the risk of being caught that her new baseline of best/craziest sex is now you.

Now apply this same approach to all things having to do with the territory of your ladys mind. Sex, physique, joy in the moment, life experiences, etc. You have to own it all and plant your flags as the dude whom all others will be compared to.

You may think, œthats not fair I dont have to beat him I just have to be different this is true to a degree; if youre looking to keep this territory you must be the ever evolving man who is the standard from which she measures any potential competition. She wont be as likely to swing to another branch if she knows the one she’s holding onto is a solid one that has set the mark in every facet of her mind in regards to masculinity.

The Red Pill says it’s only your turn be the better man or you’ll be replaced.

To the guys who are currently in Long-Term Relationships (LTRs) as well as marriages the concept still applies. The difference is that you need to begin to implement a gradual & permanent reinvention of your masculine self.

Think of your wifes mind as America.

Youve been living in Rhode Island for X many years (the length of your relationship). In order to get the most from your woman, you must travel to every state and claim it. You can no longer limit yourself to the smallest state but must choose to go take over the entire country.

Again, this can only occur by actually being the best.

Long gone are the days of emulating Peter Griffin and Homer Simpson. You need to become the guy who works out, cares about his fashion, and is still exciting because whether you’re willing to admit it or not, some husbands are more worthy of their wife’s sex than others.

She doesnt want or need a man who sticks to the comfortable and complacent life, she needs a man who can make her feel.

Remember this fact: Your wife is not a unicorn, just because you turned her from a plate to your fine china, she’s still plate. Women are women and the more men are able to recognize that their wife needs to be treated like a woman the better their marriage will become.

The same goes for LTRs and girlfriends.

They are women and you need to be gaming them each and every morning, you need to be unpredictable similar to how you were before you “settled down”. Which is something Ill discuss in another post; Settling Down is something Im completely against and the phrase really grinds my gears but I digress¦

This leads me to the second action that must be taken when trying to maintain conquered territory. Do not disturb the natural flow of the populace. This concept is applicable to those who have recently gotten a girlfriend/gone exclusive with a plate.

You guys have been hooking up, having fun, and she has been the feminine to your masculine nature. You must prevent yourself from falling into the trap of complacency that is sprung when a relationship is formed. Too many dudes are taking their foot off the gas once she is “secured“.

This is weaksauce bluepill thinking and it is completely preventable.

Just because you changed your Facebook relationship status does not mean anything in the relationship has changed (except the exclusivity of sex).

She is choosing to date you because she viewed you as something that would provide her with something, whether it is raw attraction or elevated SMV it makes no difference. You are choosing to date her as she passed your vetting process. Neither of you should change anything, as that is what leads to screwed up marriages, relationshits, and Dadbods.

Too many wives resent their husbands because the guy decided that Disney was right and when he got the girl he could just kick back and relax and she would love him forever as they rode off into the sunset.

If you gain weight, get emotional, or start acting different the relationship is going to change and the territory you conquered will not be as fruitful as it could be. You need to not only end the line of Chads, but you must allow her to remain her sexual self and shell do that by filling your vessel.

Remember, women are a reflection of their man, they act as the perfect mirrors.

As long as you remain your masculine self, following your mission in life she will remain your territory until you are conquered by another man or you stop leading and she takes over.

Set the bar from which excellence is measured.

Become the man from which all others are measured and allow her to remain her feminine self.

If you can do that, the territory is yours.