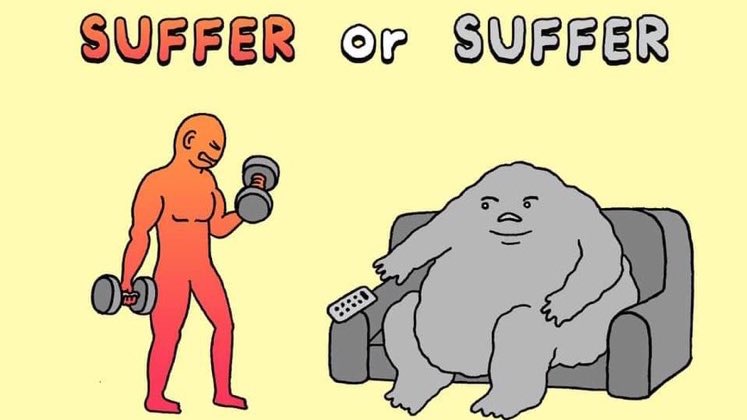 Getting Sober aka Why I Fired My Drug Dealer

I first wrote this piece on July 31st 2020 24 days into sobriety; I’m updating today (2 January 2022) after having completed my first year of sobriety as well as my first calendar year of sobriety.

How did I get sober after 20 years of binge drinking?

I’m going to share the how and why below.

For starters, “firing my drug dealer” doesn’t mean letting go of the sketchy dude in a trench coat on the corner of the street.

My drug dealers were socially accepted.

The drug dealers I fired were the bar tenders, liquor store clerks, and people who were in my life for the sole purpose of partying until blind. I’ve decided to completely and permanently remove alcohol from my life which removes the stewards of liquid transfer as well.

I’m on day #544 and I haven’t had a single moment of cravings or withdrawals.

The switch has been flipped.

If you’ve been following my journey over the years you know that I’ve shared my struggles with booze as well as my attempts at sobriety several times now.

For those new to The Family Alpha, this is not my first attempt to remove my dependence on the fire water, though for some reason I know it will be my last.

Why am I so confident?

This time it is different; I know it’s a cliche thing to say, so I’m just going to say it and not beat around the bush whatsoever, I know it is different and month by month, you’ll be forced to agree with me.

I didn’t quit because something negative happened, I quit literally while I was drinking a glass of wine.

I distinctly remember taking a sip, looking at my wife, and saying, “this is the last night I’m drinking alcohol” and that was 544 days ago.

Why Go Sober Instead of Moderate?

There’s a few reasons I’ve chosen to quit instead of “drink responsibly” but I’d have to say that the primary reasons are my health and my kids:

On top of those reasons, I’m becoming more aware that my kids are getting older and they’re looking up to me, I don’t ever want them to see me drunk.

At the end of the day, I asked myself what positive alcohol brought to my life and I literally could not come up with a single thing.

What does “drink responsibly” even mean?

An excellent book I’m re-reading is Ed Latimore’s ‘Sober Letters to My Drunken Self‘ highly recommend for those who are looking to get sober or dial in their drinking. I want to get ahead of the thoughts, questions, and concerns:

I’m quitting because at 12 and 9 my kids are now cognizant of what “drunk” is; those eyes are watching me closely and if binge drinking dad keeps going down this path, it’s only a matter of time before I embarrass myself and destroy my reputation in their eyes permanently.

I won’t be that guy.

Something especially important for the family men out there.

How can we as husbands and fathers say we’ll be there to protect our family if something were to happen when we’re blacked out or passed out and sleeping when shit hits the fan?

Drunks add to problems, they don’t solve them and I will never again be a liability to my family.

Whether that is a robbery, fire, allergic reaction, or broken arm I will be there mentally sound and physical capable to handle any issue.

How to go sober without withdrawals or cravings

I had several deep insights and takeaways from reading ‘This Naked Mind‘ by Annie Grace; this book really hit home and opened my eyes to the fact that I’m not an alcoholic, I’m a man who was addicted to an addictive drug.

I try to be as transparent as possible with those who read my work, making sure that I’m as raw and brutally honest as possible.

Originally I wasn’t going to share this journey with anyone until I logged 6 months+ but that goes against my message of living authentically and sharing failures as well as victories.

So I open up to you, my reader, baring my soul with the intention of setting an example for others who may be struggling with addiction.

I’m not a perfect man, but I’ll be damned if I’m not a man chasing improvement in all aspects of my life.

The same goes for you; you aren’t a bad person for not being perfect, you’re human. It takes more strength to acknowledge and admit to flaws than it does to try to “push through” and continue on trying to “moderate“.

Getting sober without a formal program?

I’m not using AA or any “12 Step” program, on top of the two books mentioned above I’ve been reading posts from r/StopDrinking a subreddit on the website Reddit dedicated (obviously) to people who want to stop drinking and recently began reading ‘Alcohol Lied to Me‘ by Craig Beck.

Reading the stories of others, both these stranger’s successes as well as failures helps keep me humbled.

Also, I’m realizing that without the cravings or desire to drink, I’m finding myself somewhat disassociated with alcohol and these types of books remind me why I stopped and where I came from.

I’m realizing more and more that a large majority of people have issues with alcohol; how can they not, it’s an addictive substance that worked it’s way into every fabric of our culture:

I’m not saying that formal programs and AA don’t serve a purpose, for some people they certainly do and it has transformed their lives for the better forever, who am I to knock something like that?

To me, there has to be another way of looking at this, AA has a roughly 90-95% failure rate.

I think a large reason for that is the focus on Alcohol.

That’s not me; it isn’t that I “can never drink again” it’s that I don’t have to ever drink again, alcohol is a poison which makes smart people dumb and worldwide causes 3 million deaths every year…this represent 5.3 % of all deaths.

My identity is not focused on sobriety similar to how it isn’t focused on my lack of believing in Santa Clause.

I can be productive, social, fun, and stress free without any introduction of alcohol to my system.

We need to break free from the consumer mindset of “booze = good time/party/happy & relaxed/masculine/cool“.

Alcohol doesn’t deliver any of that; it turns off the alarms, it doesn’t put out the fires in your life.

I’m very driven to giving back and helping people live their lives to the fullest and break free of the shackles of addictions yet there I was, still letting alcohol be a part of my life.

I refuse to be a hypocrite.

I can’t best help you if I can’t help myself and that brings me to my next project.

I’m not going to become the anti-alcohol evangelist on this blog or any of my social media platforms; instead I’ve chosen to take my journey private.

I’ve created a private telegram community that is free to join for the first year, this is where I’ll be sharing my journey.

I’m writing for free the first year of my sobriety as well as engaging others throughout the day to swap stories and keep each-other on track.

This group is for anyone looking to break their addiction to any vice.

Goal one is #1 year sober, once I hit that, I’ll chase the second year, so on and so forth.

The group is 365 to Sobriety, if interested in joining and kicking your vice to the curb for good, click this link.

One Day At A Time,