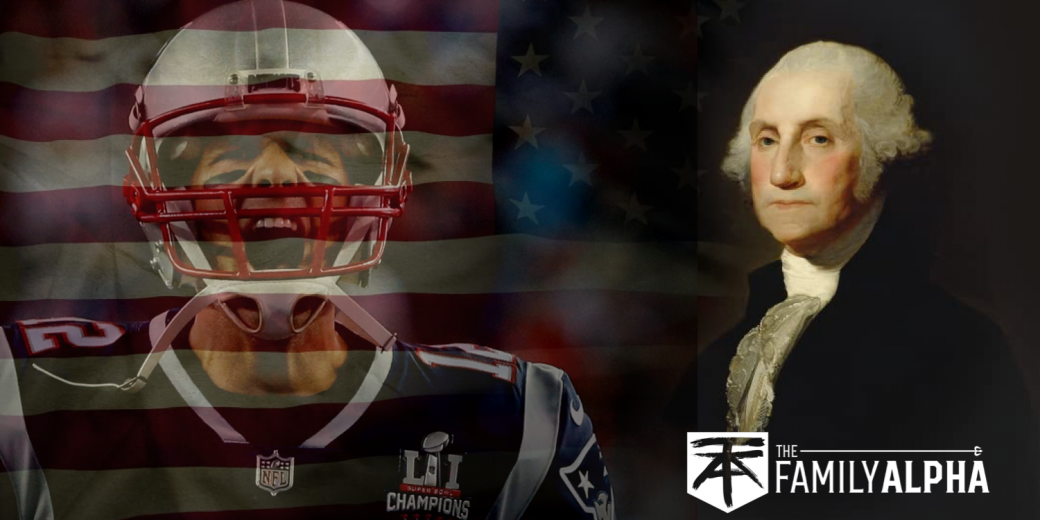 How will you be remembered during the “Age of Corona”?

You know what George Washington and Tom Brady have in common?

They’ll both be remembered as the greatest of Patriots; more than that, they knew the history books were watching and acted accordingly.

We have an opportunity here in our current period of turmoil to act in the same manner. So how will you be remembered during the “Age of Corona“?

Will you have your empire collapse or will you be remembered as the person who found opportunity in chaos; leaving the rubble stronger than you entered it?

The History Books are Watching Us

I don’t say that meaning your name will appear in text books, (if it does hopefully it was for a positive reason) what I’m saying is, your reputation and the standing of your family will be defined by how you act during this time period.

Now is not the time for idle living and inaction due to fear.

It’s the time where your mettle is being tested and you can finally prove to yourself that you are the person who rises to the occasion.

It’s easy to say, “I’d save the day” when you’re watching action movies or reading of heroes in novels; it’s a little different to do it when the cameras are rolling and eyes are on you.

Yet here we are…

Right now we’ve been presented with an opportunity that few generations are ever presented with; a chance to define ourselves in the face of global adversity.

I’ve received too many emails from men who “wished they’d joined the military” because they feel they never had an opportunity to prove themselves as men.

They didn’t have their WWI, WWII, Korean, Vietnam, or War on Terror.

Well, now you have your chance, so it’s time to put up or shut up.

You have a virus which has caused governments to lose their minds resulting in global chaos on multiple fronts.

Those questions are pointless and overlooking the fact that regardless of legitimacy of the virus and actions taken by the powers that be, it’s an opportunity for you to come out of this better than you entered.

How to improve during Corona/COVID-19 Quarantine

For starters, stop looking at this as a net-negative on your life.

Now is all you have and complaining about it not being fair or that you wish this had never happened is a waste of time, child-like, and not conducive to an efficient use of your limited mental energy.

Now is the hard-reset you’ve needed to changing the entirety of who you are as an individual.

You may have thought it would be weird to start acting like a different person before, but now that the entire globe has been hit, seems like a pretty solid reason to commit to altering your behavior patterns for the better.

This means doing things like committing to fitness programs, drastically reducing or entirely eliminating your alcohol intake and/or drug intake, and cutting back on frivolous expenses such as eating out 4x a week, buying every new video game released, and living paycheck to paycheck without ever making any investments in future earnings.

The stock market is in the tank and crypto is low; while this may have hit the portfolio of those who were already invested, it’s an excellent opportunity for those who weren’t to gain ground on everyone else.

The intangibles are just as important, now is a time for you to double down on getting involved your spouse and children’s lives if you have them, your friends and family members if you don’t.

Craig James has released his new Course, ‘The Family CEO‘ and you can get $50 off using the code ALPHA today.

(This is the only discount code that’s out there)

Invest in you and your family.

You’ve got the time, choose to connect and get away from the screens and instead bond over activities both in and outdoors

Make your mental health a priority

You have a chance to leave this global event healthier, wealthier, and more respected than ever before if you make it so.

This means keeping your head about you and finding the opportunities which are presenting themselves. It means following through on your belief in self that you indeed would be the man who could save the day and not fall to pieces like the rest .

You have to have a clear mind which means you have to have a routine to which you’re committed to, one which is going to keep you moving forward and improving, that means waking up and getting dressed, not sleeping in and slobbing around.

Can you do this?

Are you willing to put in the work when the whole world is telling you to stay inside and relax?

I certainly hope so; because the rest of your days will be determined by how you acted today.

History is watching you, act accordingly.