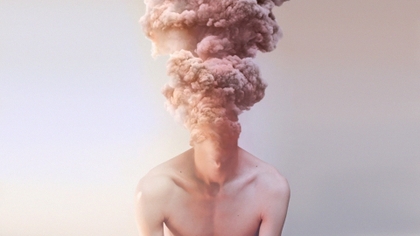 You’ve got to get your mind under control or it will wreak havoc.

ManyÂ readers on the “Manosphere” keep asking the same questions and a lot of writers keep providing the same answers with their unique take here and there.

Guys unplug and then they’ll say, â€œIÂ donâ€™t know what to doâ€.

They are angry yet they arenâ€™t quite sure at whom or what specifically it is that angers them. These guys say they donâ€™t know where to direct their anger or how to just not be angry.

They also want to know what specifically are they supposed to be doing now that theyâ€™ve gotten a taste of reality and are beginning to see the strings controlling the system.

To the gentlemen who find themselves in this group, this one is for you.

The concept of Meditation in Motion is something I came up with before I started The Family Alpha blog. It was the discovery that when I wasnâ€™t writing, lifting, and doing I felt like shit. I started to pay attention to this and I came to the realization that it was in the movement that I found myself most at peace with who I was as a man and where I was in my life.

Iâ€™ve tried the whole sitting, breathing into my stomach, and counting breaths to help clear the mind. It wasnâ€™t my thing, I kept thinking of the other things I wanted to do.

Notice I said things I wanted to do; Iâ€™m not a victim of the â€˜go-go-goâ€™ mindset which plagues many men in our modern society. I donâ€™t always think of stuff I have to do, which would be the result of a stressful mind. Instead, I take time to fully immerse in each moment; I now notice things as simple as a breeze, the color of trees, etc.

I would sit, do nothing but try to meditate and I couldnâ€™t stop thinking aboutÂ the piece I wanted to write, the book Iâ€™d like to read, whatever; there was something productive I wanted to do besides find Zen.

Iâ€™ve since come to the conclusion that not as many people give a shit about reaching enlightenment as people think. Itâ€™s the same as the cold showers, stoicism, etc. People hold these as doctrine.

Periodically throw a cold shower in the mix and once in a while let your emotions flare to the surface. Some people find peace sitting and listening to bells, most donâ€™t and to that crowd Iâ€™ve got a solution.

Fuck enlightenment, we need to recognize that men want to find peace within their mind, body, and soul.

There is a connection between the mind, body, and spirit; if all arenâ€™t in sync and properly trained youâ€™re going to have an imbalance. Lifting trains both, implementing intentional discomforts occasionally will train both, and reading keeps the mind sharp.

All of these must occur for the strongest foundation of â€˜selfâ€™ to be developed.

So what are you supposed to do to achieve greater insight and control of self without sitting and breathing in a silent room?

Just get yourself in motion; whatever that means to you is what youâ€™re supposed to do.

For some men that means signing up to a gym or purchasing some home fitness equipment and getting after it in their home. Others may start taking care of projects around their house which has been neglected. Some may find that it means getting out without their wife as they donâ€™t have any friends or hobbies. You can also:

Notice, none of the recommended actions include your wife. This post is for fixing the minds of the newly unplugged as well asÂ the men who are stuck in the anger stage. You need to take the actions, free from your girlÂ as they have nothing to do with her.

Skip all of that bullshit and just simply focus on you doing something.

You will find that during your runs you are talking to yourself in your head. While youâ€™re taking photos youâ€™re also thinking about that thing you said or did.

While in motion you areÂ meditating and de-fragmenting your mind and you donâ€™t even know it. Taking these actions and putting yourself into motion will lead to you becoming more effective and efficient at uncovering who you are as a man. Once you know who your ‘self’ is, you can then release the anger as well as knowÂ exactlyÂ what it is you want to do in this life and how you’re going to do it.

I follow this same advice when writing. When I write I light a candle near me (Iâ€™ve got one lit next to me right now), when I get stuck on a point, description, or phrasing Iâ€™ll look into the flame. My eyes are looking at the fire, but the distraction from the screen allows my mind to free itself and look at the problem from every perspective; it frees the mind to break the constraints it is under when I am focusing its energy.

Get your ‘self’ in motion, the time is going to pass either way; you might as well do something.

That dancing flame frees my mind; this is a micro version of what I’m recommending as Iâ€™m focusing on writing. What I recommend to you is a much larger action than looking at a flame. This is your life and a much bigger aspect of your â€˜selfâ€™, movement is the macro version of this.

Another personal example is that during my hour commute to and from work, I keep the radio off. I use that time to justÂ thinkÂ and let my mind wander as far as it can while still being able to drive.

Stop wasting time listening to the same 10 songs on the radio, that is time which could be used to dial yourself in, preventing any mental health complications or feelings of being overloaded from the development of self.

You may get wicked pissed that your wife wonâ€™t submit to you & follow your lead.

Donâ€™t get mad or angry and donâ€™t storm out of the house, simply recognize the situation for what it is and when itâ€™s time for you to get into motion youâ€™ll see that youâ€™re better able to elevate yourself over the situation and see the entire â€˜field of battleâ€™. Youâ€™ll see where you screwed up, where you said too much or too little, and youâ€™ll come up for a game plan to implement the next time this scenario arises.

If you were to just sit and stew over it, not moving but just sitting and reading online you’ll twist yourself up and achieve nothing but increased agitation.

Kill the redundancy without progress.

When you return home from being in motion, your mind is clear and you no longer give a damn about whatever the hell had transpired. Your lady may try to bait you back in but at this point, youâ€™ve â€˜meditated while in motionâ€™ and no longer are affected. Not in the childish manner of playing silent, no you truly don’t give a shit about it anymore. So you maintain frame and move forward.

Apply this to all of your activities.

Whatever it is that you are doing, immerse yourselfÂ inÂ it and make every action a moment to ‘meditate’. Your body & mind will always be on point as you are intentionally keeping them both moving forward. Similar to the way you don’t drink stagnate water in the wild, you don’t thrive with a stagnant body & mind.

The answer to all of the questions concerning what youâ€™re ‘supposed’ to do when you discover the Manosphere and unplug, is move.

Get up and start doingÂ and donâ€™t stop doing until you die.

You donâ€™t deserve a break, you havenâ€™t done enough, it is your job to lead, the burden of performance will always be on you whether youâ€™re married, single, MGTOW, whatever.

Embrace that and move; the anger should dissipate and a genuine donâ€™t give a fuck mindset should take its place.

You Need Real Friends In The Real World

Learning How to Relax

America Is Only The “Land of the Free”, If You Choose to Live Free

There is a war being waged against masculinity. Men are suffering in silence, going to their grave without ever experiencing the joy of living a genuine life. I write to help those men find a way to live again.

Please log in again. The login page will open in a new tab. After logging in you can close it and return to this page.