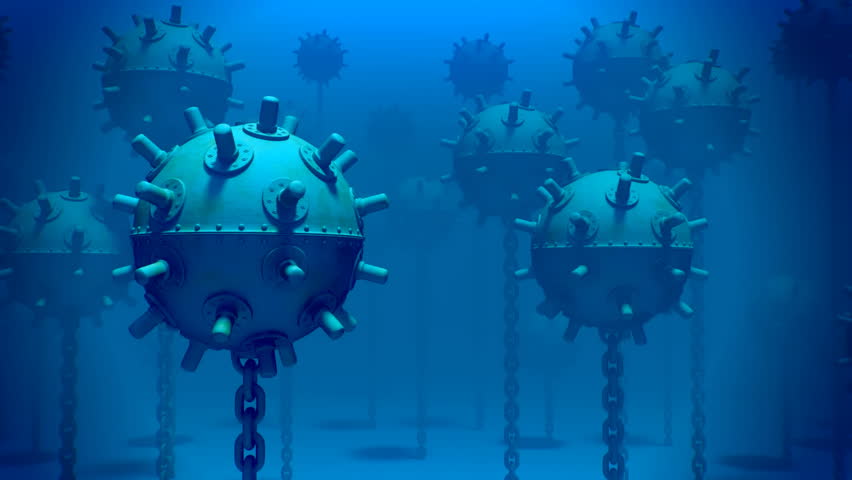 Mine Counter Measure: How to navigate & disarm waters filled with blue pill bombs Navigate or disarm: don’t drive aimlessly thinking you’re ‘lucky’. Be strategic in your dealings with others.

An unfortunate truth of our age is that a majority of men are unknowingly fully “plugged-in” to a reality which fully supports the female sex. Masculinity has been under attack for at least the past three decades and this in turn has produced generations of men who have completely repressed their masculine nature. These men, the ones who have been taught to bend over backwards so as to not offend others via their manly nature have reproduced.

The offspring of these Nice Guy fathers never develop their masculine identity and have, unfortunately, lived their entire lives holding back the urges to be competitive, hidden their sexual nature, and repressed their aggressive tendencies. While this has led to men taking their lives, the trend of emasculation of all things and spaces has continued and society just steps over the dead bodies and angry men, as if they were just pieces of trash floating by in the street.

If you are reading this as a man who has embraced his authentic nature then you will do well to heed my advice when dealing with the men who are still fully plugged in and supporting the female narrative as to how things should operate. If this writing offends you or you think it is completely out of touch with reality, then you are the one I am telling masculine men to work with or work around.

I mean this when I say it; masculine men need to work with guys who are still plugged in.

A majority of the guys you interact with on a daily basis are weaksauce as fuck and while they truly believe they are running their life and living it to the fullest you know the truth.

The hard truth is that as long as you repress your urge to say something, or feel something, or express something you are not living at all. You are pretending, acting,  filling the role society has cut out for you and there is nothing worse than going to the grave never knowing what you were capable of.

If you look at the Matrix, Neo thought he knew everything about everything; thinking that he was living in the real world.

It wasnt until that “real world” was exposed as a fraud that he was able to fully embrace who he was and what potential he had. The same applies for the men that are pissing you off, the guys saying, “Happy Wife Happy Life” or “Looks like youll be in the doghouse tonight, make sure the couch is comfy¦”

I cringe just typing that out, never-mind believing it.

You want to shake the guy and tell him to wake the fuck up but you cant, not yet anyways because hes not ready, he isnt there yet.

Keeping this in mind, ocean mines will fuck a ship up.

I spent 8 years on active duty in the US Navy as an engineer. My General Quarters station (Battle Station) when/if shit hit the fan was deep inside the bowels of the ship.

My job was to ensure that the pumps in my space continued to operate to keep firefighting stations and other systems on the ship operational. One shitty aspect of this spot was that if we hit a mine or were hit by torpedo, I was way dead.

While a mine wont immediately sink your ship, it could and its best not to take chances. Mines are placed in the ocean to keep waters safe for friendly ships and deadly for enemy ships. In life the masculine man goes and does whatever he wants and takes whatever he wants. That means youll have to travel the entire ocean, not just sticking to the “safe ports” (there’s a lot of nautical metaphors in this one, keep up).

Every time you take a chance (changing jobs, cold approaching a woman, etc.) youre going into deadly waters. Again, an authentic man doesnt hide in the safety of his comfort zone, his ship belongs at sea.

So what do you do?

You learn to navigate the waters, enabling you to dodge the mines. Another option is to act as mine countermeasure so as to clear the way for others. Dealing with plugged in (bluepill) men is navigating mines. Opening the plugged in mans eyes, introducing him to the true reality of our society is mine counter measure. You are turning this plugged in man, the white knight, into a masculine man (hopefully).

How do we accomplish this task?

Easy, by acting like masculine men. Similar to your children, other men are going to follow your example not your advice. Want one of your married beta buddies to own his shit? Instead of telling him that the first step towards reclaiming masculine identity is to lift, you need to just go and hit the weights.

From there you have two paths:

The gym is the perfect place to plant seeds that will grow into masculine plants that bloom to create another masculine man. Between sets men talk shit in a brief and concise manner. Talking about wives, sex, work, sex, girls, sex, etc. is commonplace and it is here, where he is isolated, that you can just drop the comment that youve noticed your wife being much happier since you guys have been having sex daily. You can insert whatever you want, the point is you can talk a little more freely and introduce masculine living without ever saying the words.

The gym could be replaced with running, working on a car, hiking, camping, limitless masculine hobbies that get this plugged in man away from others so that he can be exposed to how real men should behave.

This is not to say that it cant be done in the presence of others. As Ive stated before, masculinity is who you are, not something you do. Every party, get together, cookout, event is an opportunity for you to display to the sad, self-loathing men around you that there is a better way. Your confidence will inspire, your charm will incite jealousy, your subtle counter culture mannerisms will lead to discussions either in private or out in the open.

At a party my wife asked me to get her a drink, I told her no and instead asked her to grab me one while she went to get her own. She told me I was œsuch a jerk to which I replied that I was a jerk who loves to watch her walk away. She smirked, snuck out from under my arm, walked to the house, turning half way there to see if I was watching (I was) then she did a little strut and went into the house.

One of the guys sitting near me said that he would have gotten me a drink if I wanted one and another said I would be spending the night in the dog house. At this moment I was faced with two options.

A part of being a masculine man is understanding how to deal with those who have yet to find the Red beacon.

I chose the latter, the wife came back and made me give her a kiss before giving me my drink and I just resumed my place in the circle of men. Nothing was made of it, but I could tell the seed had been planted.

Their minds had these thoughts even though I never directly brought the issue to light, but there it was for all to see, their wives would have laughed in their face, yet mine not only got me a drink, she was happy doing it, after I had told her no.

A word these men had not said to their wife in years, and definitely never in public.

This is the manner in which you need to deal with these plugged-in men. Do not create a horde of white knights prepared to defend ladies honor with the disgustingly blatant covert contract of winning favor from her by going against your oppressive and misogynistic ideals.  Dont ever give them enough information to have hard proof you feel a certain way about anything. Let your actions say everything, let it all be ˜implied yet never concretely stated.

I will never go to a man and tell him, ˜Hey dude, you are fucked up and your marriage is not supposed to be sexless. I would also never go to a single dude and say, ˜Hey, youre a weaksauce fuck and everyone thinks youre pitiful with your fake Nice Guy act. If you want something, have the balls to make it known. Yet, I can guaran-fucking-tee that guys I have interacted with have felt these exact feelings and received this exact message without it ever being said.

Do the same; say everything without ever truly saying anything.

When you reach a level of understanding with a guy who is recognizing his emasculation, you can then move into the next phase of helping him, throwing a rope for him to climb out of the hole.

Beginning to disarm the blue pill bomb that is wired from years of societal expectations and conditioning, is a delicate task. The bomb architect is every feminazi, white knight, pathetic puke who told this man he should embrace his feminine side and shove his masculinity so deep it all but disappears. This takes time, energy, and tact on your part.

If you find the individual worth it, then remember that there is no shortcut to any place worth going. If you want this man to embrace his masculinity, it requires commitment in helping him while he traverses this path.

I have tried once to help disarm that bomb in the “real world” and I failed.

Understand this; I am not coming to you as some sort of prophet or as someone trying to get you to convert others as I have seen results on my own.

I tried once and failed.

I found one man worthy of my time and attention and I failed him, which is a blemish on me that every now and then creeps up and leads to an opening of the wound. It is his burden to bear and his loss, I understand this but when you see someone you care about suffer preventable hardships, it sucks. Keep that in mind if you choose to throw the life line to someone, no matter how hard you pull the rope towards your masculine ship, they may be swallowed by the big blue ocean.

Helping a man re-condition his way of thinking and entire reality is a hell of an undertaking. If you are successful, the reward is worth it as you now have a man living in accordance with his biological make up.

Youll have helped a man find peace with himself and embrace his tendencies and nature and for the first time he may embrace his true self.

Its a beautiful thing.

If nothing else, continue to set the standard from which all other men are compared.