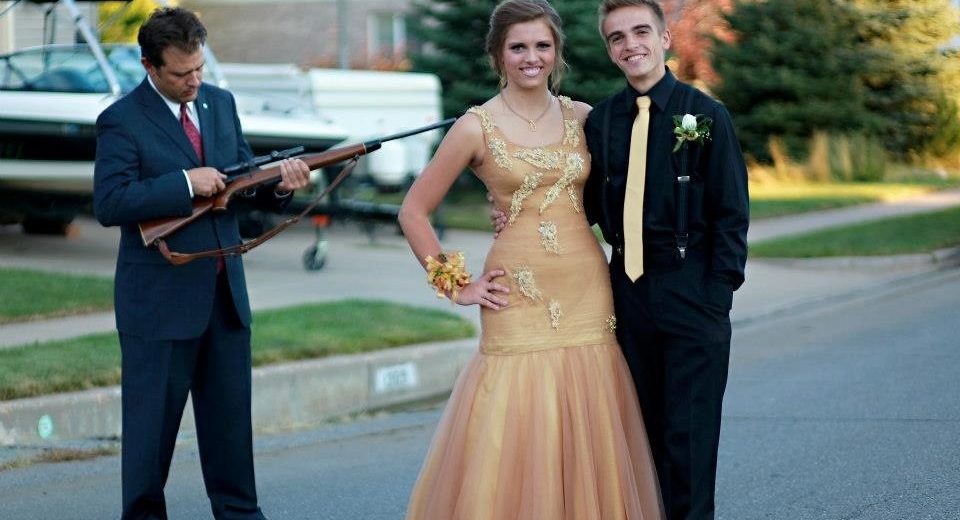 The Difference Between Sons and Daughters

What are you going to do? Shoot a teen?

This is part two of a seven part series.

There seems to be a misconception among modern fathers that their daughters are beings who are entirely dependent upon and the responsibility of their wife.

They view their son as their heir and their daughter as the spare.

I’d love to personally throat punch each one of these men as they are doing a disservice to their daughter by stunting her development to womanhood.

Craig wrote an article a while back where he states:

“My daughter and oldest child recently turned eight. Along with celebrating the blessing that she is to myself and our family has come the realization that the precious timeÂ I have to guide and mold all of my three children is in short supply.”

Considering that today is the day I decided to write about my daughter, I found this opening quote to be quite relevant.

We have too few breaths on this planet to waste a single one. The Time-Vampires in your life such as television, video games, or scrolling on Facebook looking at girls from high school can never be reclaimed and it is a detriment to your daughter that all of your ‘free time’ is dedicated to your son.

Our daughters need us just as much as our sons and it’s past time that men recognize it.

We are not only the example our sons will compare themselves to, we’re also setting the bar from which our daughters will measure other men.

There are 3 types of girls out there:

These girls and young women are heavily impacted from an early age by how their father performs as a man and what role it is he fills in the family unit.

Whether it be man-child, leader, oppressor, or ‘friend’ all fathers have an incredibly deep impact on who their daughter becomes.

You have to be able to talk to your girl.

Question: What will cause your daughter to hide her sexuality, boyfriends, or anything else which is personal to her?

Answer: A dad who wears these types of shirts.

You’ve got to be able to talk to your daughter about anything. You’ve got to make the pathways of communication clearly open to her with a proven track record of being able to handle whatever it is she fires your way.

There are times where you’ve got to send your son outside on his own so you can sit with your daughter and have those difficult discussions, just you and her.

There have been times where I’ve sat down with my daughter then asked my wife and son to leave the room or go outside and she’ll tell me something. My daughter is four but as she grows she will know that I’m here to listen and that what she says to me stays between her and I.

Daughter: Because you’ll punch them in the face.

Me: You’re right about that little lady.

Daughter: I Love You Daddy.

Me: Love You Too

If you want your daughter to choose the type of guy that you’d like in her life, then you’ve got to set the standard from which they’ll all be measured.

Women, even our daughters, instinctively know how to judge men and whether or not they’re legitimately masculine or putting on a persona.

From birth, women are programmed with the software required to break a man’s frame.

If you aren’t living your mission and authentically following your message,your daughter isn’t going to respect you. If she doesn’t respect you, then she will be bringing home guys who on the surface play the ‘gentlemen’ role well, but as soon as you’re out of sight they’re trashing your name.

The father who threatens to shoot, kill, kidnap, or beat up his daughter’s boyfriends are compromising their integrity.

Masculine fathers don’t act tough, they are tough and that masculine spirit sends out vibrations which are recognized by all other men. Boyfriends won’t screw around with curfews, rules in the home, or anything of that nature if they are aware, in their soul, that the father of this girl is the real deal and not one to be fucked around with.

You don’t need to threaten with firearms, you need to be able to look this boy in the eye, shake his hand firmly, and let the boundaries be made crystal clear; that’s it.

Your daughter will seek your approval, the boy will be in a position of respect, and everyone will get along splendidly.

Our children will follow our example, not our advice and they’ll perform to the standard weÂ accept, not the one we expect.

You are her father and while you are a man and your daughter is a young woman, she is going to strive to reach the standard you’ve set.

When she sees you lift, read, work, refuse to give up, pursue your mission, etc. you are setting her up for success. Make her a part of your routine, make sure that you are cutting out enough one-on-one time with her as you are your son.

Her development is equally dependent upon you as that of your son. Do not view her as the responsibility of your wife.

Give you daughter the gift of your time, attention, and masculine presence. Enjoy raising her and watch as she becomes a woman capable of great things by going out and seizing the fuck out of this world then hopefully, finding a man whom you view as being worthy of her beauty.