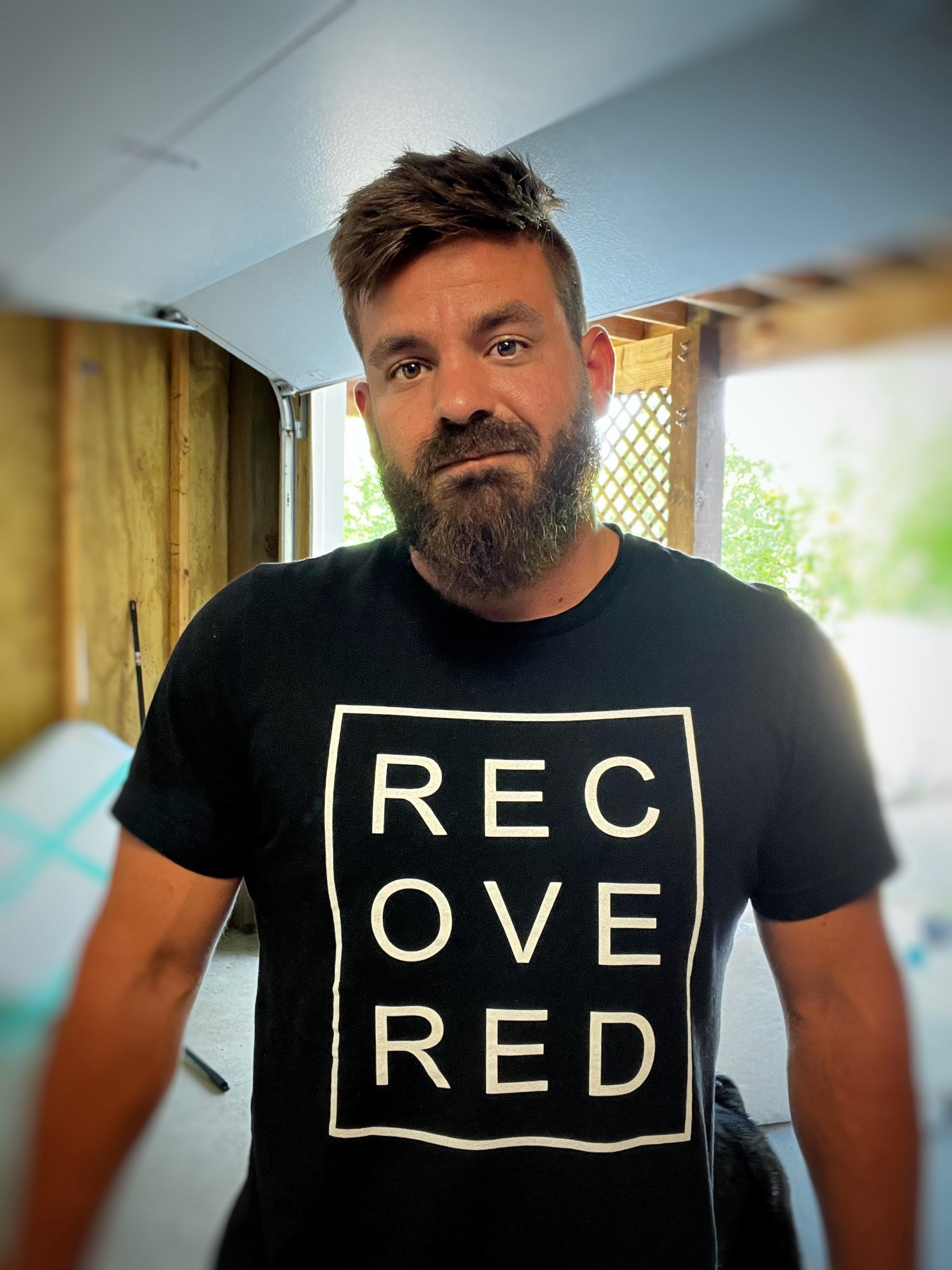 One Year Sober – A Man, Husband, and Father’s Journey Through Sobriety

I’ll start this piece by admitting that I never thought I could pen this post.

Through my writing, I’ve shared how I overcame losing a mother to suicide at six years old, finding a way to go from staying back in high school to getting my Master’s Degree, and how I’ve been able to run multiple businesses while remaining a present husband and father…

Still, having done all that and more, I never had the confidence to believe I could ever overcome alcohol.

Then I did it, and now I’m sharing a brief recap of what that year looked like.

Real men aren’t controlled by any vice or peer influence.

I’m almost 2.5 years sober because I decided to man up to this issue, not back down from it.

In the same boat?

Breaking Up With Alcohol

The defining characteristics of my personality which led to my success (Hyper-Focus, Total Dedication, Extreme Stubbornness) were equally detrimental to getting sober.

Few understand that when you see someone totally committed to their mission and “pursuit of their best self“, you’re also observing someone who can become obsessed with trying to “out-work” their worst habits.

As Craig James would say, “People only fully commit to taking different actions when the pain of change is perceived as being less than the pain of remaining the same.” it was in this perception of change being stronger than sustained mediocrity that I found the power and courage to make the decision.

I looked at the glass of wine in my hand, and I was sick of it; I didn’t even know why I was drinking, and if we’re being honest, I was drinking for the sake of drinking, no other reason. It wasn’t to calm down, relax, or have some fun – I was drinking because that’s what I did, and that night, something clicked, and the switch was flipped for good.

I looked at the glass and thought, “What does this do for me? Why am I drinking it? How did I let this go on for so long? How long will it be until I get a DUI, suffer health complications, or do something stupid the kids never forget?“

At that moment, I made the choice and looked at Jackie, saying, “I’m done with alcohol for good.” her reply was, “Okay, well, if you’re done, I’m done.” Just like that, Jackie and I became sober – almost 2.5 years ago. Now, I’d love to say it was as easy as that, and we poured the booze down the drain, but we didn’t.

It was late, and I told her we could finish the remaining 3 bottles before midnight so we could start literally right at midnight heading into July 7th-

I’ll be sharing the journey & writing content I hope can help others as I go through my journey. pic.twitter.com/pccG8sYjZZ

Why did it take me this long to release the “One Year” post?

I had a hard time writing about this. I still do, and maybe the emotion of reaching this point is a little overwhelming, even now. As I type this, I have that swelling in my chest-

I’m very proud of myself, and I’m very appreciative of my wife. I was literally binge drinking nightly, and for 20 years, alcohol was integral to who I was; I’m not kidding when I say I never thought this would be me. To be here, almost 2.5 years later, has been such a blessing not just for me but also Jackie. It’s a new element to our marriage; no matter what happens in the world, we have each other and our sobriety.

It’s a cool club of two, or four if you count the kids.

The Benefits of Sobriety

The benefits of sobriety have been astronomical, and honestly, I could not have picked a better time because when the world was losing its mind in 2020, my mind was healing and putting itself back together.

Since getting sober, I have:

I had to drop booze to get where it is I wanted to go. 2 Years 3 Months 5 Days💪 #transformation #mylife #zacsmall #dadbod #beforeandafter #motivation #family #sober #sobriety #healthy #dadlife #marriage #fitness

Look, I did the work and chose not to drink any booze for 365 days in a row, but I do not deserve all of the credit for this achievement; below are three individuals who helped me save my life in the literal sense.

I tried to get sober (publicly) multiple times and found myself drinking again every time.

I’m going to be blunt and brutally honest here: I was on the path to a DUI, Public Incident, or much worse…

Then this trifecta entered my life:

First is Phil Foster as he was the one who grabbed me when I was at my lowest, and he was the only one who believed in me enough to tell me to my face that I was f*cking up.

Phil was the only one who looked through my “success” of turning The Family Alpha & Fraternity of Excellence into a 6 Figure Business, the Public Speeches, growing Social Media Accounts, etc.

He saw what others overlooked; I was suffering in silence.

It was all smiles and good times, but behind the painted-on happiness was a man who was gaining weight, missing deadlines, letting standards slide, and not living the message. Phil called me on it, and I had a choice to make; I could have said, “Fuck that guy” or “Fuck, that guy is right…“.

I listened, and my life has never been the same.

Always keep those who tell you where they truly stand close; they’re the real ones.

Second, we have Ed Latimore, who was the one that showed me it was possible;

Ed showed me how to do this, not in the motivational sense that he inspired me to believe I could get sober but rather in the literal sense in that I saw an author, man, creator, and happy individual in person, and at that moment I realized that the façade no longer had to be maintained, I could be the Veteran, Writer, Speaker, and Leader without the alcohol.

The third was Annie Grace, who authored ‘This Naked Mind‘, and in that book, when she shared the nitty gritty details of life as an alcoholic, it was the first time I saw myself in another person’s story. When she shared how she’d wake up at 3 am after a night of heavy drinking and head to her fridge to grab a drink to offset the hangover, I thought, “Holy fucking shit – that’s me“

Since then, I’ve found myself moving further and further away from who I was and closer and closer to who I should have always been.

1 Year Down, and I have no regrets other than I wish I’d started sooner, but maybe then things would not have played out the way they have, and I love how things have played out, s I’m cool with it.

There are no downsides to sobriety, literally zero, and I say that not for you to follow my path, but rather for you to not fear the path. Don’t be afraid that dropping booze will remove anything from your life besides alcohol. Things are still fun, you can still party, you get to continue laughing, and you’ll realize, as I did, that the alcohol removed enjoyment from the nights; it never amplified them. I stay up later, remember my conversations, and don’t waste moments with those I see on an infrequent basis.

I will never go back, and I look forward to writing Year #2.

If you’d like to join Jackie and I along with 20 others, inside my Private Sobriety Telegram Channel 365 to Sobriety, you can join us by >CLICKING HERE<