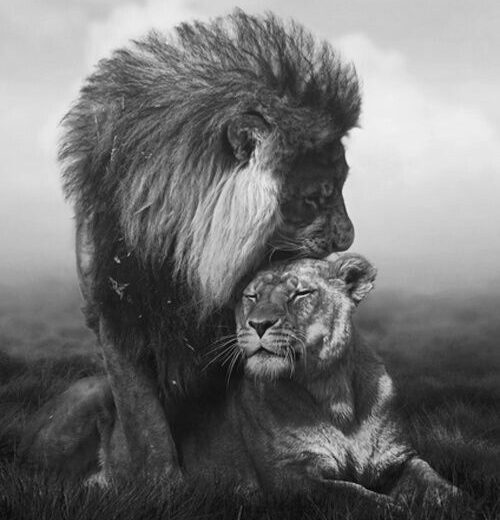 In marriage you need a woman who can handle shit the way you’d want her to without having to hold her hand.

Women are submissive by nature and in a healthy marriage a wife will defer to her man when confrontation is required. When vetting your woman, look for her submissive nature while at the same time looking to ensure she’s a strong woman.

My wife submits to me alone, I don’t need her strong in the sense that I need constant support as I’m her Lover and her King not her child. Look for strength in your woman in the sense that she can be a badass bitch who can lead when you’re not around.

The Time My Wife Declared War On A Hospital

About two months ago I was reading The Nine Laws by Ivan Throne when I came across this quote:

œThe voice of his mother, which used to sing to him and lull him to sleep as one of the sweetest sounds of the universe, was now silent. There was only the great effort of slowly mouthing words, beginning the long and exhausting process of teaching the boy to lip read as if his life depended on it¦ and it did.

I was sitting in my recliner while my daughter was drawing, son was writing, wife was reading, & dog was by my side and my entire world came to a halt. I put the book down and just looked at my son, then at my wife.

You see, when my son was a few months (maybe a year) old he started to get ear infections. This went on for a little while then it just stopped, we thought we were in the clear. Then one day he started acting off, my wife brought him to the Doctors and they told her he was teething, no ear infection.

Its important to note that I was in the Navy during all of this. I was in and out of the country at a high tempo and it was on my wife to handle finances, our new son, and living on her own. When I came home from one underway I noticed the change in my son.

My wife told me of the hospital results and as new parents we listened.

Then one day it got worse¦

My wife brought him back to the doctors after a few months of this and told them of the sleepless nights, the delay in reaching ˜speech milestones and the pain he was in.

Tests were done and a result came back saying that he must be sick or is having a hard time with teething, but there was no ear infection. I remember getting the emails from her (I was out to sea again) telling me what was going on, the test results, the actions she was taking, etc.

I felt helpless as I was thousands of miles away, in the middle of the ocean, while my wife was alone and my son was in pain, it was frustrating; but my duty was to my country and I told her that there was no way for me to come home early. I had a job to do and as fucked up as some may think it is, in that life it goes Navy then Family.

Upon recognizing the reality of the situation and that her man wasnt here to fight this battle, my wife took matters into her own hands. She went back to the hospital, with my son screaming in pain, and planted her battle flag.

It was the flag which held my crest & name of my clan and then there was my wife, representing myself and my heir, standing at that hospital with her war face on.

She requested the tests, when denied as theyd already been run she demanded them be run again. She then told the nurses, Doctors, and whoever would listen that she was not leaving until my son was treated.

They ran the tests.

My son had an undiagnosed double ear infection. This ear infection had gone untreated for months and in that time it had wreaked havoc inside his ears. His speech delay was because he was deaf, our boy couldnt hear the world around him and we didnt even know it.

Flash back to 2016, Im sitting in my recliner and my world has stopped. As Im looking at my son I realize, the passage I just read could have been written by him, then I look at my wife and realize it would have been him if it wasnt for her.

My wife saved my son from the silent world.

She saved him from a very challenging life because she was able to put her armor on, draw a line in the sand, step over it, and plant her flag telling the world, œI am not going to back down from this, submit to my demands or be destroyed.

I will never forget this. I came home from my underway and she told me what it is she had done. I was a proud man and had a newfound respect for this woman who took my last name.

Since then, we have had to go through speech therapy, multiple sets of tubes, and other steps to treat the damage. I remember the first time we went to the beach after having tubes put in, he was scared of the waves because every time before that day, they were silent; now he could hear them crash.

My wife almost cried and I almost did too, not because of what had happened, but because I was able to appreciate the little things he could now hear. The sound of waves, a bird overhead, music..

My son is now a strong, intelligent, and popular kid who is able to hear the sound of his mothers voice, the sound of his fathers lessons, and the pride in his younger sisters voice as she follows him around.

My woman didn’t fall apart when I wasn’t around.

She didn’t crumble under the stress of running a household as a single parent while I was out with my brothers in arms, taking on a different fight. She knew I had a job to do and she knew she did too, so she did it. Because of her commitment to our clan, she didn’t run to mom or dad, she didn’t sulk and cry, and she didn’t just accept ‘No’ as an answer.

My son can hear and it is the direct result of action taken by my lover, my warrior, my Queen, my wife.