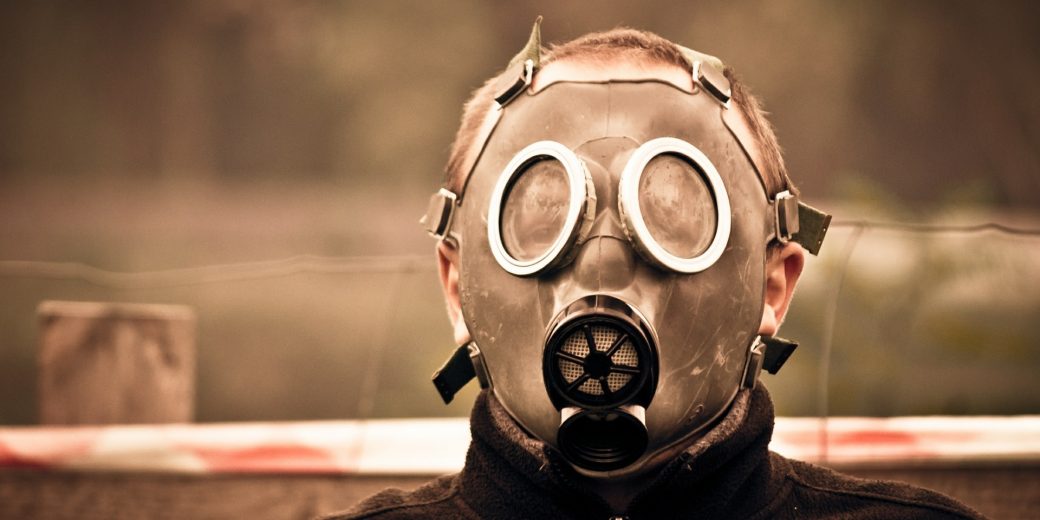 Repressed Masculinity is the only type of “Toxic Masculinity” there is.

“Toxic Masculinity” isn’t real, at least not in the sense mainstream media says it is.

There is only one form of toxic masculinity and that is repressed masculinity.

All that rhyming simply means when you’re told to bottle up all of that biological programming, it makes you a sad individual and kills a piece of who you are as a man.

Constantly suppressing your natural instinct gets you to the point where you feel like you’re breathing through a straw; yeah, you’re still around, but are you really living?

Can you actually do anything when you’re barely conscious?

That’s the problem we’re facing, years back young men were told to stifle anything which came with being a male:

These men became more womanly; they grew up confused then they had children of their own and now those kids are all fucked up because their model of what makes a man a man (their father) has no idea who he is – he’s been treated as a defective girl his whole life and then he unknowingly played a role ensuring that the cycle continues.

The Fix To This Is You

I call on each of you now to express what it is that makes you a man.

Authentic masculine expression comes from the harmonization of the three aspects to the self which exists inside each of us.

You’ve got to absolutely own the:

How do you develop these aspects of who you are?

For starters, you stop trying to be the guy you think people will like.

Whatever it is you’re trying to get from life, get it without the desire of permission from others.

Without resistance, the body will not grow.

Without putting stress on the body, youll neither be able to appreciate the beauty of it nor will you ever know what it is capable of.

There are plenty of men out there who watch movies and think to themselves, if that happened to me Id rise to occasion.

If youre one of those guys, Id like to ask you, why do you think you can do those things, have you practiced any of them?

Have you put yourself in those situations in a training environment? Or, as is the case with most, do you just assume youve got the natural skillsets to do what takes others years to achieve at the whim of fortune?

Our body adapts to the stress placed on it. Im not going to tell you what it is that you must create with regards to programming as I know nothing about you.

Weight lifting and strength training as a whole are instrumental to the overall development of the physical self.

There is literally no downside to weightlifting.

You must lift weights.

It seems to me that the majority of men out there know that their minds are in shambles, yet they have no fucking clue how to fix it. So they add more to it, create more stuff, and fill it with more thinking theyre lacking in something.

I will tell you now, you do not need more, you need less.

In order to reach the greatest heights and develop the strongest mental self you can, youve got to remove the unessential. Get rid of the shit that is clogging up your daily life. Not just inside your head, but also in the environment which your head spends its time in as well.

Your mental clutter could be:

Each of these things plagues plugged-in men in our society, some much more than others. The fact is, until you tackle whatever issues youve built in your mind, youll never achieve the optimal level of mental health.

Im not happy all of the time, but Im generally a very happy dude. Im happy because there is no clutter in my mind anymore.

How did I reach this point?

I faced my demons head on.

Not only did I go through and delete people, things, and stuff from my electronic life which I did not find of value, but I also removed physical pieces of stuff from my home.

If there is clutter in your bedroom, how can you sleep peacefully?

If your writing area is a mess, how can you remain focused when writing?

If your living room looks like it came from a magazine, how can you say it represents who you are as a man?

You dont have to live life as a minimalist, but more does not equal better.

Were all connected on a level we don’t fully understand or appreciate.

But, connected we are none the less.

To one another, to nature, to life itself.

Ever wonder why going for a walk without electronics clears the mind?

Because you connect with your natural state of being, you’re living more optimally, your soul is breathing.

Look at the men who are writing for their fellow man; there are hundreds, maybe thousands out there writing day and night with the hope that they can help a man who is lost.

I call it “throwing ropes“.

Men are stuck in the cycle of self-loathing; repressing themselves with the hope that it’ll make them feel better and be a “better man” as society has said it would but it just confines them more, it digs them deeper into a hole until they can no longer see the world around them, just the walls which have been built, locking their souls out of reach from their brethren.

When a man writes for his fellow man, he throws a rope into that hole and if the man has it in him or something awakens him to seeing the rope, he may choose to climb; if he does he may then join the ranks of rope throwers or he may move on, allowing his soul to reconnect with his fellow men in this life.

I hate the term.

I rarely use it as I don’t speak of made up shit, I speak of Toxic Masculinity in the same light I do Santa Clause or Unicorns, it’s not real.

If someone were to try to actually create a definition of the label, then it should be as I described, a beaten man, a man who has repressed his character, a man who is but a shell afraid to make waves in the world.

It’s toxic to the man and unfortunately it’s a toxic poison seeping into the generations which follow.

Young men need positive examples of masculinity, they need to see men who share their genuine selves without hesitation. The future men who are observing us will follow our example, not our advice. We need to ensure we are choosing to be who we are and not who society has told us to be. There’s nothing wrong with a woman expressing her “She-Power”, it’s pushed everywhere.

It’s time we do the same and start to change the landscape of society.

Let’s fight back by doubling down on our commitment to living our lives on our terms, whatever that may mean for you.

There’s Nothing Wrong With Being A Man

Every time you repress yourself, you’re taking a scoop of dirt from the spiritual ground. You can only dig so many times before you’ve reached 6′ and your grave is ready for you to climb into.

You cannot self-sacrifice your way to happiness, you’ve got to start putting yourself first and stop trying to be the man you’ve been told to be by society.

Be your own man, learn how to do that by men who are walking their own path.

Someday, if not already, you’ll be the man who is the role model for the next generation of men. Be the best damn example you can to ensure they do not have to climb from the hole you did.

Take care brothers and remember, there is no such fucking thing as Toxic Masculinity except the kind which we try to hide from the world.

Express it, do not suppress it ever again.