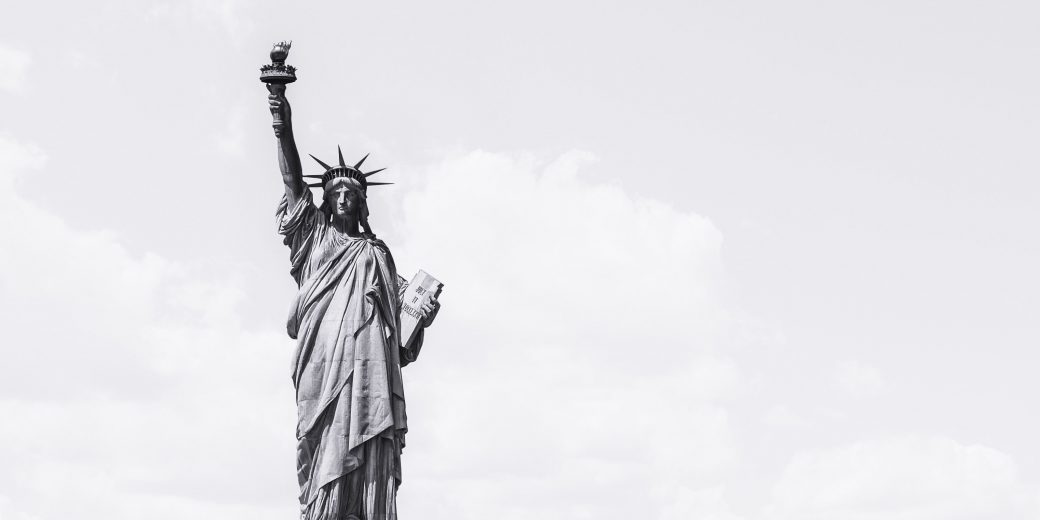 America is the greatest nation on Earth, this is true for a myriad of reasons. As an American I’ve touched on this multiple times, too include my piece on taking pride in your country as well as the essay I wrote to my fellow Veterans.

Building my country up and sharing the pride I have in being a citizen of the United States is nothing new on The Family Alpha.

But today, we have to face the fact that America is infected by a group of individuals who feel standards should be lowered in order to remove exclusivity and replace it with acceptance and an overall lowered standard. This same message is pushed when it comes to men caring about a woman’s past as well as the incessant chant of “equality“, as if lowering standards somehow equalizes the forces of the masculine and feminine.

Miss America is the most recent casualty in the perpetual lowering of the bar.

Their decision to eliminate the bikini and evening gown portions of their program were cited as being due to the inability of some women to reach the standard.

The fact that there are women out there who cannot get themselves into Miss America shape is not a call for lowering the entrance requirements. I’m a 31 year old average man with an average physique, you don’t see me saying Mr. Olympia should lower the standard of competition, seeing that competition fuels me to lift heavier.

But, in the victim Olympics our society seems to be competing in gold medals go to those who say, “This isn’t fair” and heaven forbid someone stand up and say, “So what? Try harder.”

Miss America isn’t the reason I decided to write this piece, it’s the follow-on to this decision which concerns me.

This year’s Miss America is going to begin the shift towards a more “health at every size” approach to celebrating beauty. It’s been building for years, entire campaigns have been launched and researched doctored to say being overweight is acceptable and does no harm.

The women who worked hard to tone their body, reduce BF%, and perfect their strut are going to be schooled by women who are confident in being the antithesis to beauty.  Instead of recognizing hard work and discipline, we’re going to recognize that once again, PC Culture got the Win.

We’re going to have women judged on “what is inside their soul” and what people are all going to gloss over is that a majority of woman who will be supporting this message have an absolute disaster going on inside their body.

Objective judgement of the female physique is a tale as old as time. The same goes for men, there is nothing wrong with appreciating the beauty of a physically fit human specimen. Yet, here we are, saying that because some cannot measure up, we need to make the bar a little lower, then a little lower and before you know it, that bar is rested on the ground and to be special, you simply have to exist.

I’ve spoken before on the detrimental and deadly impact lowered standards will have on the United States military.

It may sound like internet gore-humor, but the fact of the matter is, if politicians lower the entrance and performance standards so that women can join male dominated units, American blood will be shed.

Our fellow Americans will die so that someone in an air-conditioned office can say they “fought for equality and won”.

The terrifying part is that it’s already happening.

In one of many examples, the U.S. Army, when responding to why nearly half of the female Infantry candidates failed the program said, “While the attrition rate doesnt seem all that alarming, it strikes a more concerning tone when factoring in that the females needed only to meet the much-lower female standards for physical fitness that separate them from their previously all-male counterparts“.

Half the women failed while receiving special treatment.

How would you feel if you were in a firefight and you knew the person next to you would not be able to carry you out? Do you think the double standard of testing would bring a unit together or tear it apart?

Lives are on the line and my fear is that Miss America is going to be the platform from which many more programs will be targeted for a further lowering of the bar or complete removal of entrance standards.

I am not a “Save the West” type guy, that isn’t my thing and never will be. But, I do believe in men saving themselves and that by doing so they’re able to potentially raise the standard of those around them, whether it be their fellow man or the family they’re leading.

To the fathers and husbands reading this, as leaders of our clan we have to be the wall between the absolutely detestable message of “No Standard = Fair” and our wife and children.

A standard is not a bad thing, it’s what separates the winners from the rest.

Pass that on to your children, let them find comfort in the discomfort and welcome the burden of performance. Set a high bar for your family and be the living example of what “right” looks like.

When you’re able to get your family into that bubble, everyone will see how absurd of a notion it is to believe that lowering the requirement to what is viewed as exceptional is somehow a positive.

As with all things in society which makes absolutely no sense, disregard and continue to walk your own path and maintain frame.