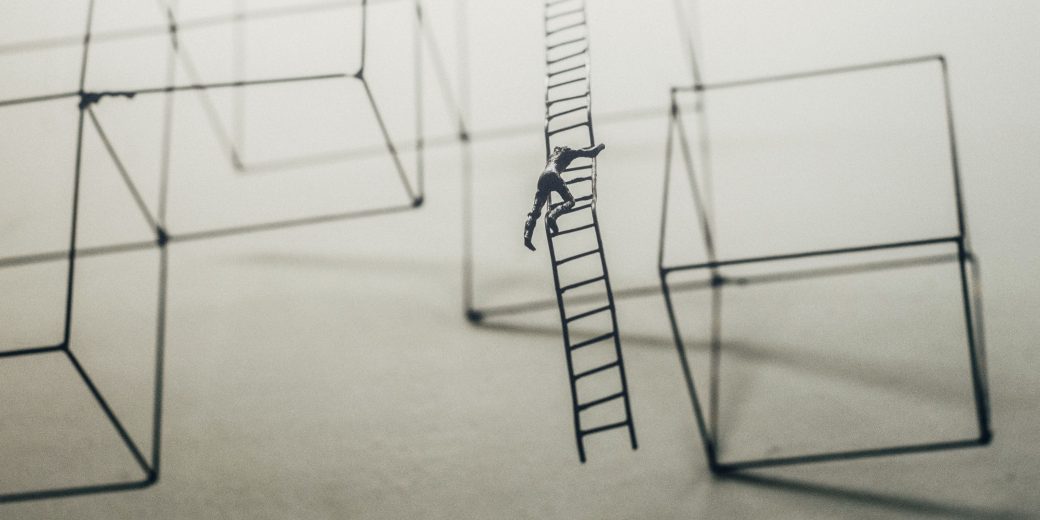 I’m not the type of man who thinks it is my responsibility or within my capability to “Save the West“. There are plenty of great resources out there that are actively looking to save society and in turn save western culture as we know it. The most prominent which comes to mind is my friend Ivan Throne from Dark Triad Man. He has literally sacrificed his body, mind, and spirit for the sake of his fellow man. He’s put himself on the front line and he’s done so without ever asking for recognition or praise.

I’m at home playing baseball with my son, drawing with my daughter, enjoying my wife, driving the Wrangler to/from my air-conditioned office job, and barely aware of what is occurring on the activist level.

Now, with all of that said, I certainly do believe that men can save themselves and that is how they can save the world.

The first rule of unfucking your life is only you can unfuck your life.

Recognizing that the world does screw some people over doesn’t negate the fact that even if you’ve been screwed, your only option is to get back on the horse and get back to riding through life. Talking about the issues you have or how it wasn’t your fault you failed is going to do nothing but keep you in a cycle of redundancy without progress, you’ve got to actively work towards a solution.

At the end of the day the burden of performance always lands on the shoulder of men and it is men who must accept this responsibility if they are ever to improve their situation. There is a certain beauty in that, a certain balance to it.

You are the problem, therefore you are also the solution.

No matter what area of life you are struggling to get a grasp on, you can fix it. It may take more than one attempt and more than 10 different approaches to get it done, but so long as you accept that it is within your control to fix, you can fix it.

Those who find themselves wallowing around in misery year after year are the men who think they’re being held down by this or that. These men create this all powerful ‘boogie-man‘ that they can never beat.

So they say to themselves, “Why try? Nothing can be done. Woe is me…“

You’re a man and it’s past time you act like it. All men need to recognize that the keys to the cell they’re confined to are in their hands, they just need to look down and stop staring at the ‘boogie-man‘ they’ve put their responsibilities on.

You can save yourself once you realize you’re able to save yourself. So take a moment to look over your life and ask yourself, where do you think you’re being held down?

Take another look at these scenarios and shift your perspective on them, look at them from the light where the man has control to fix the issue.

What can he do?

The answer will vary from man to man, but there are many who upon first reading those examples could relate, until they were tasked to shift their perspective they had no clue that a man could unfuck himself any time he chose to simply by shifting his perspective on his reality (frame) and approaching the issue from a different angle.

Stop making excuses to justify mediocre performance in life and start taking responsibility for how you’re going to pull yourself from this rut. This is the message Craig James and I push consistently inside the Fraternity of Excellence, nobody can do it for you, you’ve got to decide to act.

Once you start to climb, you’ll realize life gets easier. Life is easier for those who have better physiques, minds that are clear, clothes that look good, extra $$$.

As you climb from the hole by accepting the responsibilities that have been placed upon you as a man, you’ll notice that you’re enjoying your days more, even the shitty ones; you’ll discover that you are finding comfort in the discomfort.

This is how the world is saved, whether that is global or just your slice of it makes no difference. To you, the world is a better place and you’re the one who saved it.

My kids are a big part of my life, mainly because if you are parenting properly you are investing a majority of your greatest asset, your time, in their development.

Raising a family is no easy undertaking and anyone who says it does not impact the output of a man is lying. The burden of family should only be taken on by those who know themselves well enough to know they absolutely want a wife and children. For it is only the men who genuinely want children that will be the greatest of fathers.

Do not allow your children to become a part of the Tablet Toddler movement as a generation of children have been raised, educated, and indoctrinated by screens without any intervention by the parent. In fact, it’s the parents who’ve bred these electronic obsessed drones.

You need to choose to do it better as a parent (or future parent).

Society sucks when it comes to promoting what’s best for individuals, it’s the reason so many are suffering completely preventable health complications and a majority have no sense of individuality at all. It’s the reason I push the message of authentic living and literally wrote a book on the subject, breaking free from the conformity praising system we’re living in is one of the greatest gifts you can give yourself and by doing so, you give that same gift to your children.

With society doing such a shit job at promoting actually beneficial life choices and products, it’s on you to ensure your children do not receive their education and moral compass from society.

This means you’ve got to have a standard of performance which you consistently maintain within your home. You need to educate your children, not leave it to the government to do so through public schooling. You’ve got to teach your child how to learn and navigate the world, not allow them to be taught how to take a test; public schooling should be the minimum of the testing and educational experience they have.

You don’t need to home-school your child, but you’ve got to do something which instills a solid foundation of knowledge from which they can understand their life experience. Teaching philosophy, bringing them to local historical places to see where their country came from, where their town came from, etc. These things are not difficult to do.

If their entire education is based around television and public school, they’re going to be the retard eating Tide Pods by the time they’re 10.

Do not allow the education system to institutionalize your child.

If you can be involved and give your children presence instead of just giving them presents, you will play a role in raising the standard of the future our nation will experience. From there the ripple effect will spread, your child will raise the performance of their peers and your actions will be noted and possibly replicated by other parents.

The key is to be involved, distraction free, and not view it to be the government’s responsibility to raise your child to adulthood.

It’s out of my head, now I’m tired

So as I sit here writing in the dark, family safe and sound asleep I do it not because I think I can save the world, but rather because sometimes I think my words just may help a man save himself.

It seems the most important thing we can tell those who find themselves in a very dark world is that they’re not alone.

I’m not a man on a mission to save the world or save the west, I’m just a man writing my thoughts and sharing my perspective, swapping notes if you will. I do it with the intent that maybe someone else will relate and maybe it will help them better understand their own situation. To me that’s what it’s all about and if we’re able to swap enough notes and raise our standards with this newfound knowledge and company of men, maybe then the standard of the west and the standard of the world will rise as well.

Maybe it won’t, either way you need to make sure you get the most out of your time on this planet.

If you would like to support me for any benefit my work may have brought to your life you may do so below. For those who do, thank you very much.