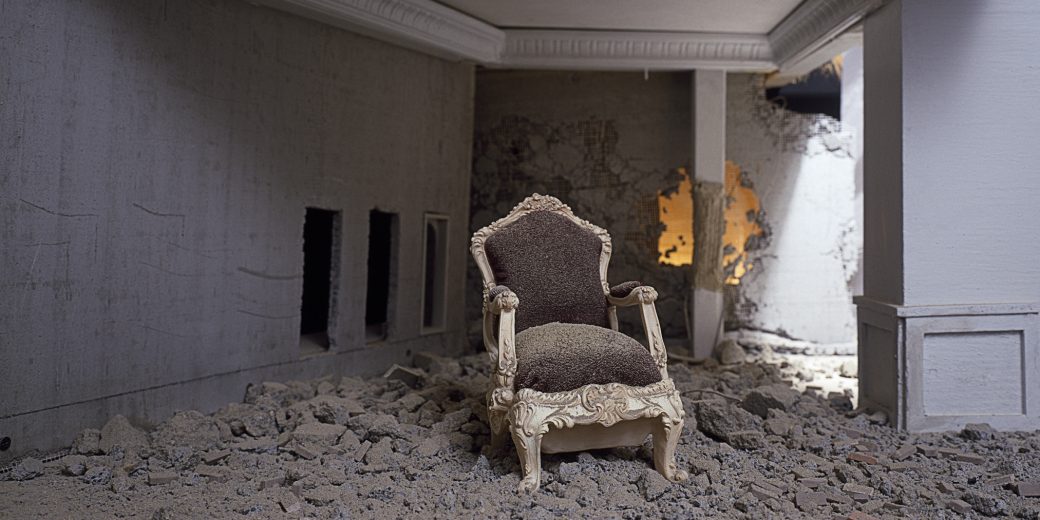 Smiling in the Rubble

There’s something innately manly about being able to smile while the entire world is telling you it’s time to be stressed out.

It is a mindset which will serve you well as a man; there are plenty of benefits to being the one who can keep his wits and his humor about him when times get hard.

How to lead while stressed

I used to have a photo from my first deployment where I was covered in nastiness and I had the biggest smile across my face.

I tell people I was smiling so much while covered in stuff because Id been up for over 48hrs working hard and I was delirious.

The real reason, the one I only share with my brothers, is that I was genuinely happy because it was hard.

This is something about men that women will never truly understand and theyll never be able to replicate or achieve; the ability to Smile in Rubble.

Society has made it perfectly clear that anything masculine is to either become inclusive and accommodating to women or it is subject to ridicule and attack.

Look what has happened to men only barbers, combat positions in the military, as well as professional sports.

It goes way beyond that…

Men (and the boys who will become the next generation of men) are being told beards, muscles, aggression, and sexual desire are negative attributes which must be repressed. They’ve streamlined this to indoctrinating baby boys to be gender fluid, telling parents they’re wrong to choose blue for boy & pink for girl (a real conversation I had when my wife was pregnant with my daughter).

Theyre also trying to kill mans ability to be happy when he has lost everything.

Nothing takes the wind out of a woman’s sails faster than taking away her external validation & feelings. The beauty of it is, men are not only capable of being happy in the middle of destruction but were also stubborn in the face of death (Giles Corey) and capable of humor during torture (Saint Lawrence) feminazis hate this.

Men, this post is to remind you that no matter what is going on in your life, youre good.

The best course of action is to let that masculine smile flash and for you to completely nothing the person who did you wrong. Dont hold hate, regret, or contempt for them; become completely apathetic.

There will be anger and I want you to bathe in it.

This anger will not only serve as fuel for growth, but also serve as your reminder to never let your guard down again. You can have an LTR without oneitis, and you can have your marriage without a deadbedroom, you can have whatever you want without having to sacrifice your masculinity. If you take on any of those ventures, your anger at your former self will keep you on the straight and narrow.

These categories are but a few examples of how you can deal with a shitty situation like a masculine man without losing face or giving your ‘enemy’ what they want.

Remember, this isn’t about instant gratification, it’s about maximizing the standard of your life.

Guys get depressed when their woman cheats; thats exactly what she wants from him.

You know what would drive her insane?

The path a masculine man would take, which is to smile and say, œalright, so this is how we end”. He’d then start doing his own thing, hooking up with a new chick before the end of the next week.

Let her spin herself up at why this doesnt have you distraught, in tears, and trying to get over it and work it out. Shes the greatest thing alive right? (See: Solipsism)

Take that power from her by smiling, getting her shit packed nice & neat, and getting her the fuck out of your life for good. Once she has moved out or fully aware that you’ve broken up you dont go out of your way for her to see your success and happiness. You need to genuinely be happy and out there pursuing life without any regard to her, shell find out one way or another.

When she approaches or tries to reclaim a spot in your life, be indifferent. Let her know, œIts nice seeing you, but Ive got something to do. then leave because you do have shit to do and make sure youre smiling when you inform her of that.

To the guys who get divorced and are losing half their cash & assets in the process, dont let it get you down for more than a day. Youre a man and you need to act like it.

The time is going to pass either way, why spend it angry when you could spend it grinding and focusing on how youre going to rebuild your empire?

Im not saying dont feel, if my wife cheated Id be fucking livid, but only for a day or two.

I firmly believe in giving yourself one 24hr window to grieve. Death, betrayal, etc. you get one day to rage then its done, back to the grind.

If you had kids together, sharing them will suck as youre getting ripped from their life.

There is going to be a primal beastly rage in your heart that will only be extinguished once you destroy the world. But, that is a problem for you to control inside yourself through lifting, meditation in motion, and talking it out with your dog. The kids need to be shielded from this as much as possible.

You know what would be best for them?

If you, their masculine dad, showed them that even when life throws curveballs and things dont work out the way we planned, we still have to fill our role and pursue life.

This means you’ve got to be doing whatever it is that you genuinely want to do. You no longer have a wife and every other week you dont have kids. This is a lot of time that’s opened up in your schedule; use it to hustle, rebuild your cash, and rebuild your sense of self. Show your kids that their father is a masculine man who acts as the example for his children to follow.

Regardless of your relationship status, your authentic identity does not change.

This is one of the hardest, this is when someone you trusted takes deliberate action against you. I covered infidelity already so with this, think more along the lines of a business partner making a side deal and eliminating you from your own company(Eduardo Saverin), or a friend telling a lie to get themselves promoted ahead of you, or a step-parent excluding you, the biological child of the other parent from any inheritance.

In all of these situations you need to recognize that people acted in accordance with how people act. Friends and family have been stabbing each other in the back for thousands of years.

The best way to respond?

With a smile and nod of the head acknowledging Ok, thats how it is now.

Theres no need to rage, plot vengeance, or plan ways to show them because fuck them.

They are nothing and you need to nothing them.

Remove them from your life and when their money runs out, or their plan doesnt follow the intended path and they come slinking back to you, you can smile and say, œIts nice seeing you, but Ive got something to do.

Gentlemen, you’ve  got to embrace the harsh reality in which we live. Find comfort in the discomfort and recognize that you don’t need anyone in this life.

Toss that bullshit out, you know who told you that? A weak society.

Stop follow the path they’ve set for you, break the mold and live the rest of your days like a man.

Now smile, you’ve got something to go do.