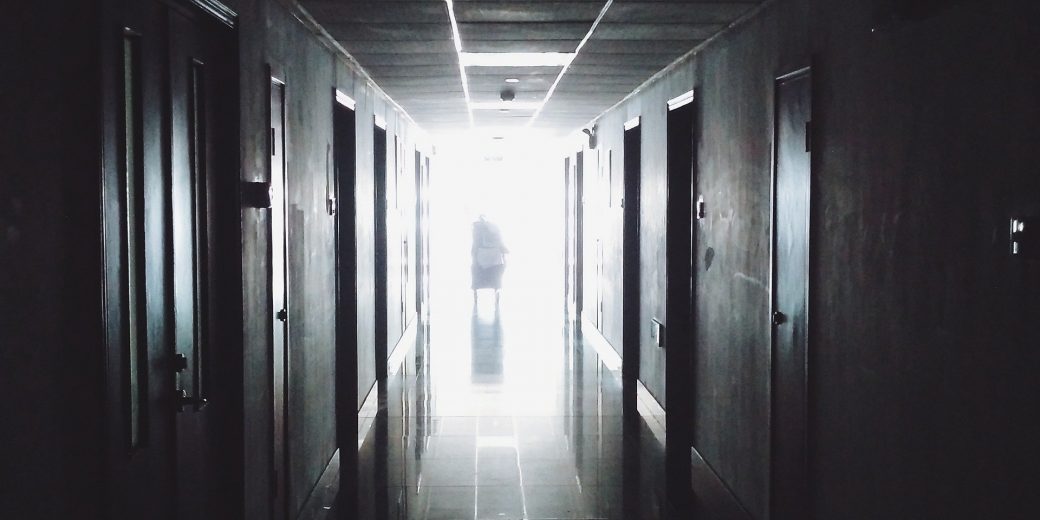 That Time I Almost Lost My Wife & Son…

I’ve shared stories here and there about the times my wife has kicked some ass for our family (Example: Queen & Warrior); I’ve never shared the true nature of how hard this woman is or how close I came to losing her and my son which was our entire family at the time.

It’s 2009 and the wife is cleaning our apartment while I change from my uniform (I was in the Navy at the time) and she asks me if I want a sandwich to which I hungrily replied “yes”.

A few minutes later she says she that she thinks she may be having contractions.

Now FYI it was just us at this point in life living on our own, 600 miles from our nearest family member and this was our first kid; still instinctively women “know” when it’s time and she knew these pangs of pain felt different than him kicking and moving around.

I always envisioned a splash of water and immense pain for contractions, she was wicked chill about it.

She does, I feast and ask her again, “you sure it’s go time because you’re wicked cool, calm, and collected” she then lets me know, “yeah, it’s time“.

I call the ship to let them know it’s going down and for my paternity leave to commence, I think I got a few days, maybe 3 I don’t remember.

We get to the hospital and the doctors are surprised how chill Jackie is because she was definitely well along the birthing process.

Then we wait a few hours and while Jackie is pushing, the opening isn’t doing what it’s supposed to be doing.

Now, because my son kept ramming his head to get out, it had swollen everything shut.

He was trapped and it was doing damage to my wife;

Both of their heart rates started getting weird, highs then low lows and I had no clue what was going on – as I was a new dad trying to be present and get a baby placed in my hands I wasn’t sure where my role was aside from keeping my lady relaxed and not freaking the fuck out.

A shit ton of doctors and nurses are chasing my wife, and I feel like a lion about to tear the throat out of the next human I see;

I was livid, scared, angry, and very very nervous…

They were my world, all I had was a wife and soon a son, I’d pictured growing old and dying with this woman; I pictured decades of fun, learning and moments with this boy and now, I was alone in a hospital room, everything had been taken in a flash and there was nothing I could do.

Just typing this has the heart pounding again. I had to take my hands from the keyboard to keep the thought flowing and the anxiety from reoccurring.

Back to the story...

Then a nurse comes in and tells me that I need to get into the operating room.

I scrub up, get in the suit, and get into the room to see too many people trying to figure this out.

My wife is laying there scared, pale, and doing her best to keep her baby and herself alive.

I kneel next to her and smile, wipe the tears from her eyes, tell her everything will be fine, look over the tent and see her organs (pretty fucking cool to be honest), then I come back to her and tell her that she has a beautiful liver and her organs are sexy; I laugh, she doesn’t and then the liquid they’d given her to help the process earlier ends up coming back up and she pukes into my sleeve and I’ll never forget that warm fluid running all the way down my arm and me fighting to hold back any sign of sickness or impact at all as she apologized and I told her she’s never looked more beautiful and that my arm was cold anyways so I appreciated it.

Then they tell us, “Here he comes” and I see my boy lifted out of my wife and into the world.

He was banged up bad and he wasn’t crying.

They took the suction to get the fluid out and then it happened, that first yell for mom, my son’s first battle cry in this world was released and my next thought was, now please save my wife…

My son was being taken care of and now all eyes were on the wife and getting her stable again. Between the emergency surgery, meds given, rushing around, and damage done by son she was fucked up and scared and I hated my inability to take the pain from her; I remember sitting there, fighting back tears, praying as hard as I could for the pain and fear to pass to me, I could handle it this beautiful woman needed to be ok.

Obviously, they ended up put her back together; as it was a Naval Hospital they did a shitty job which had to be corrected later on, but they kept her alive and we were able to hold our son, it was only for a few moments, but looking at Jackie and our boy, I had my family and they were ok and it was because this woman gave her all.

It was fucking traumatic for everyone.

I almost had a heart attack, stroke, and aneurysm having to watch them go through that and I was the least damaged.

Maybe some day I’ll share the photos, but not today.

Without Jackie, I don’t have my son or daughter.

Without my wife, I don’t have my family.

She was willing to die that day to get him into the world; that’s something I will never forget.

My woman is strong and our children carry that fire in this world.