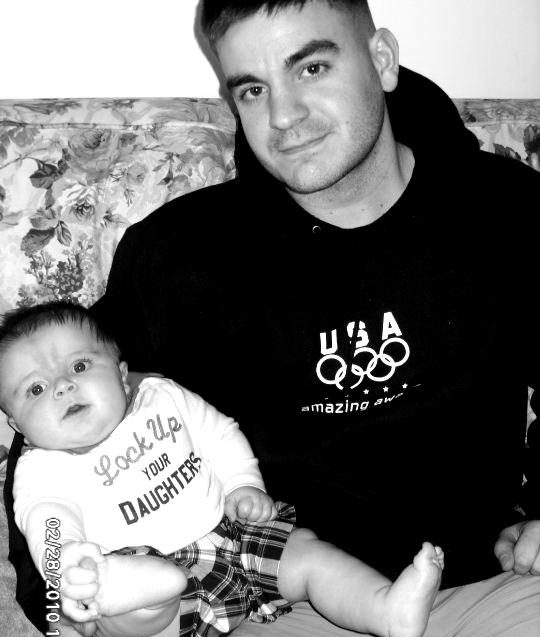 Fatherhood has long been associated with maturity, responsibility, and stability.

Becoming a father is peak masculinity:

The base level is being a man; this is where you grow your strength, pride, confidence, and ego – it’s where you learn the hierarchy of men and develop irrational confidence while learning what your role is in the world and your family. This is the base of all men, it’s what drives them; the primal base to every decision and action taken. The quality of all titles a man holds derives from how he carries himself as a man.

The Mid Level is being a lover; This is where a man flexes the self he has built and engages with those of the opposite sex. It’s where he finds what he wants and learns what women want and from there, he chooses who he commits to, shares his resources with, and ultimately who he wants to have his children.

The Apex is fatherhood; This is where the man puts all of the tools to the test, every day for the rest of his life. He knows his children will follow his example, not his advice so he must always be on, showing strength, love, compassion, and how to not just survive, but thrive in the world.

In recent years, the age of fathers has been increasing, with men being more than three years older than the average dad was in the 1970s.

There are many benefits to becoming a father at a young age, and this article will discuss five.

First, younger fathers have more energy and enthusiasm than their older counterparts. Young and motivated Dads are more likely to be active and engaged in their children’s lives because they can keep up. Young fathers may have more patience to teach and play with their children than those fed up with more years of life’s bullshit, and on top of all that, young fathers can also provide a fresh perspective on problem-solving and dealing with modern-day issues.

Second, this is common sense here; younger fathers have more time to spend with their children. These men are less likely to be stuck in a career they could not work their way around or have other commitments that take too much time away from the family. Because they’re younger, barring any disease or accident, the life expectancy of a younger man will give them more years to spend with their child as they grow, which, when the time is invested in the art of fatherhood, more time means a stronger bond and relationship due to more experiences together.

Speaking of investing in the “Art of Fatherhood” inside the Fraternity of Excellence, we’re all about the development of men and fathers with weekly calls, daily engagement, and a channel dedicated to family – we’re all in on helping our fellow family men.

“This group saved my life”

Fourth, men who have children young will likely show their children more examples of having to pick themselves up after getting knocked down. Whether different jobs, schooling, goals, challenges, etc., as you age, most people begin to know what they’ve got and where they’re lacking so they know what obstacles to take on and thus take their foot off the gas when it comes to going after uncomfortable challenges and thus, their children are less likely to see them try and fail.

Finally, when a child is born, something changes in a man; he has literal “skin in the game“. While marriage does this to a degree, there’s nothing quite like holding your son or daughter, and the sooner this happens to a man, the longer he will live with a greater calling and sense of duty. Men who assume the mantle of Father are precisely what their children, women, and society need if we’re to keep the needle moving forward in the pursuit of freedom young fathers don’t have time for social conditioning, they’re too busy providing for their family and looking to be left alone.

Overall, becoming a father at a young age can have many positive benefits, so we must stop knocking on those who choose to start a family early. Young fathers can provide more energy and enthusiasm, have more time to spend with their children, provide financial support, offer a longer view of what building one’s self looks like, and be positive role models.

Being a father at a young age can be a rewarding experience and can help shape their children’s future for the better forever.