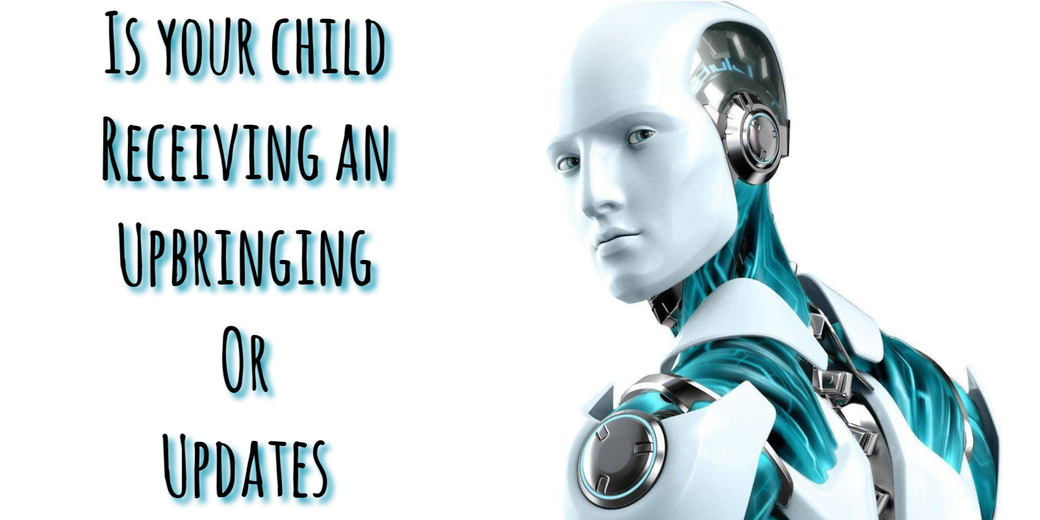 Your Kid Is Not An iChild

Modern parenting comes with modern problems which didn’t exist when we (today’s parents) were kids.

These problems literally didn’t exist which means, we never developed a defense or awareness to what we had to look out for when raising children of our own.

Social Media and Tech changed the landscape and the world is never going back; we need to ensure we’re prepared to raise our children in a manner which will allow them to not just survive, but to thrive in this modern day and age.

As a parent our natural instinct is to place our children in positions where they’ll be taken care of; the problem is the “solution” has become placing kids in front of screens and that is in fact causing more problems…

Our kids aren’t a living version of a Tamagotchi; they need parents, not “device owners“.

Is Your Child Even Yours..?

I’m not asking the question in the biological sense.

Of course your child is yours and if they aren’t biologically as you’re a step-parent or caretaker, good on you for taking responsibility for raising that child. In my eyes, you’re their parent regardless of DNA.

As an adopted child, I am forever grateful to my father for bestowing his last name upon me and never treating me like I was not in fact his biological son.

With that sidebar out of the way though, the question I presented, “Is your kids even yours” is based more upon the behaviorism angle than that of biological physiology.

You may have brought this kid into the world, but who has raised it..?

Who is imprinting the values and morals your kid(s) will follow?

Your genetics obviously play a role in the development of your child, but how large of a role?

If you believe that because when you were a kid you didn’t suffer from identity issues, depression, or anxiety that your children are completely immune to these disorders/episodes you are going to be blindsided to a totally preventable discovery that your child is hurting, in pain, self-harming, or worse…

Your childhood experience is an indication as to what your child is experiencing but it in no way excuses you from the daily interactions and relationship building which is required in order for you to really know who that tiny person is and what is going on inside their mind.

Both genetics and environment are closely interrelated in the process of skill formation, but genetic pre-disposition is a moot argument when parents and guardians of today’s youth have taken a completely “hands off” approach to the monitoring, guidance, and development of children’s internal environment experienced through electronic means.

The impact that the environment has on behavior cannot be over-stated and if you’ve brought a child into the world and have since chosen to “plug it in” to a tablet, phone, television, or computer screen since birth in order to keep it quiet, entertain it, and essentially educate it on the way of the world, recognize that the kid is no longer yours.

You’ve got an iCHILD on your hands and that child is updating it’s mental software daily based upon the input received from electronic sources.

How to Save Your Child From Big-Tech Brainwashing

The cure to this mental health pandemic is involved parents and a return to inter-personal connections along with a healthy immersion in nature.

The dinner table is the best server for your child’s mind.

These kids didn’t magically get infected by the electronic systems, they were offered up to them like sacrifices to be slaughtered and it happened at the hands of the very people who brought them into this world, their parents…

This is your fault…

The beauty in this is that by reading this piece, you’re now being presented with an alternative path moving forward and as much as you are the cause of this problem plaguing an entire generation, you are also the only solution to it.

No child is beyond the reach of their parents.

You can save the mind of your child by reconnecting yourself into it’s programming.

You need to insert yourself between your the child’s eyes and the screen, you need to be the force which “cuts the cord” by creating genuine moments of distraction free engagement with one another:

Your kids need to know there’s more to the world than a handheld electronic world and you need to be the one to show them that. Get them out of climate controlled environments and on the trails for hikes out in the woods or at the very least, walk around your neighborhood together and have a discussion on something besides hot topics of the day.

These kids need parents who care about the nurturing, cultivation, and overall development of their mind, body, and spirit. You’ll never know what that child loves, cares about, or wants to be if you aren’t actively involved in the decision making process which is going on between their ears.

Schedule Your Call with Zac to Get Started on Stepping Your Game Up as a Parent: A 1 Hour Call Can Change Your Entire Trajectory

Another aspect to this discussion is, if you aren’t the one leading them, who is?

You have no idea how many parents I’ve worked with who , “Had no clue” their child was going down a path that went entirely against the one they thought they’d take and at the end of the day I’ve had to tell each, you didn’t know because you don’t know your child…

While these parents were working, “relaxing“, and distracted themselves with devices of their own, their iKIDS connected with someone who was giving them the time of day and that person passed along their own goals, values, morals, and “life compass“.

This is not an issue that can be blamed on “the kids these days”; this is on the parents and if we’re going to save the kids it’s going to come at the hands of parents who choose to unplug themselves and take on the challenge of actually raising their children to becoming human beings and not drones.

I’ve chosen to include a “COVID Specific” segment here as we are finding ourselves in new territory these days and similar to 9/11, we’re never going back to the way things were before.

I’ve seen the fallout of COVID, Lockdowns, School Closues, and Quarantines lead to a very clear divide bewteen people, there are those who saw this societal clusterfuck as an opportuntiy to finally improve on areas they were overlooking or they used it as an excuse to double-down on the poor habits they had prior to.

To the former, it’s been beautiful seeing parents choosing to take a greater role in the day to day events with their children. Working from home opened many parent’s eyes to the fact that they were giving their job the best of them and their kids whatever was left of them.

I saw many families wake up to the “Woke” curriculum entering the schools, the bullshit media pushing fear and anger daily on the news, and these families said, “Enough!” pulling themselves back and many (including my family) deciding it was time to home school and unplug from the social conditioning.

To these families, keep grinding it is beautiful to see all of the mothers and fathers who are choosing to get healthier, wealthier, and bring peace into their home while the world gets more and more chaotic.

To the latter, the history books are watching you and you’re deciding what your legacy is during this time.

Everyone says they’ll be the hero who saves the day…

Well the day is here and the past 365 have been here as well, where’s the hero taking action? What is it exactly that you’re waiting for to get yourself into gear and to start taking ownership for the direction your life is headed?

Your children are living in a world where stores are closed, masks are worn, friends are shielded, sports are cancelled, there are no summer jobs to go work, there are friends whose houses they’re not allowed at because they “may be carrying germs“, isolation is championed, and courage is ostracized…

Homes filled with light in spite of the darkness of the world are needed.

Parents connected to their children are needed more than ever and that is where I’ll end this piece, not with a call to action for you to join me, but rather a call for you to join your family and replace the screens raising your kids them with a familial bond and human connection.

They need you to bring them up in life, not a screen to update their life.

Thank you to those who do, your support of my work allows me to continue doing what I love while leading my family and helping men and women take responsibility for the direction of their lives,