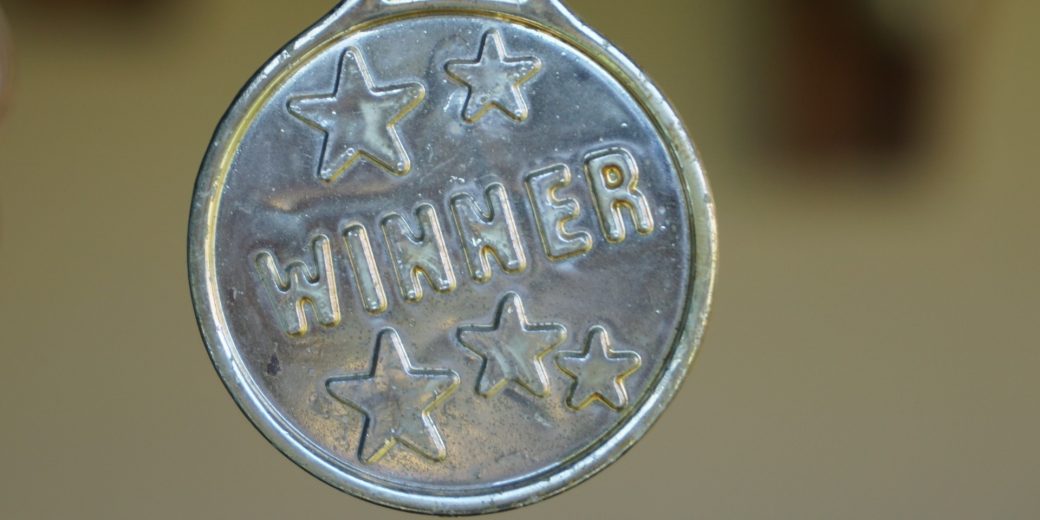 The Importance of Youth Sports

You need to put your kids in sports.

Youth sports are a crucial aspect to the optimal development of a child’s mind.

This transcends a championship mindset which is the result of building confidence and competence, it goes beyond the social proof of a bedroom lined with medals and trophies, competing in youth sports also instills discipline, empathy, grit, and a whole host of other intangible benefits which will aid them later on in life.

Parents play a major role in the development of their children, not only through direct examples being set inside the home, but also getting the child into groups where they can succeed.

I’m talking about signing the kid up for the sport or event then:

Most parents wants their kid to be a winner and I think that’s great.

There are also the few who don’t care about what their kids do and they never put forth the effort required to have their children find themselves in a position to succeed, so it goes.

Awful parents produce damaged children; awful doesn’t mean poor as there are plenty of wealthy parents whose children are absolutely destroyed on the inside due to a lack of love and presence from those who created them.

I get these questions a lot and a large part of my answer has to do with performance. Now, what does performance have to do with mental development?

Knowing you are capable of performing a feat instill a belief in self which cannot be replicated through any other means. It is accomplishment, not encouragement which matters most when it comes to creating a positive mindset and strong belief in self.

Hitting the fastball, outrunning the competition, lifting the weight, etc. these things are simple and pure – either you did or didn’t, either you can or can’t.

READ: 10 Reasons You Should Box

Sport sis also an opportunity to teach your children how to encourage others, place the group before the self, and learn how and when to lead.

My son plays baseball, I’ve been his head coach for the past 4 years and in that time I’ve seen him go from player to captain.

He takes new players/struggling players under his wing and without me saying anything will work on what it is they’re not understanding. This type of peer on peer coaching will not only allow the message be better received as it isn’t “the coach” correcting them, it also instill a stronger bond between players.

This interaction can neither occur in an isolated environment nor can it be replicated in a parent/child relationship – the kids work with the kids.

Empathy is developed for others, pride and “team spirit” runs to their core, and the mindset shifts from participant to winner so long as proper coaching and team-building is encouraged.

I add that caveat as it is imperative that every parent knows what’s going on on that field.

Not all coaches are created equal.

I’m not talking about the coach not giving your little Timmy the short-stop position, I’m talking the coaches who care more of themselves than their players. you need to be involved and you need to ensure proper coaching is occurring and the children are being taught the sport and not to win at any cost possible.

Similar to how a great coach can set a child up for a lifetime of success, so too can a terrible coach scar a child from ever wanting to take the field again. As the parent, you are their shield and spear, you need to be the voice that protects them from shitbags.

There is no greater motivator for a child to be healthy and train their body than the fear of letting the team down.

No kid wants to be the slowest, worst hitter, weakest, or “anchor” (not in a good way) of the team. the only exception I’ve seen here is when the parents down’t care at all either.

If you are a parent who doesn’t give a shit and you just drop the kid off so he is doing something and you can get away, yeah I’ve seen kids who show up and leave, never contributing to the team’s success all season long.

For the most part, kids want to win and they want to be a part of the “in-group”. So set your child up for success and put in work outside the scheduled team practices and games.

Great players don’t “just happen”, they’re the product of parents who provide an opportunity for success to blossom.

I don’t buy my kid toys or video games, I buy him nets, T’s, balls, bags, and new bats. I invest time in his training and because of that he is one of if not the top player in his age bracket and he can hang with the older boys too.

You need to do the same, support their development early on so they may experience the joys of a strong understanding of the foundational skills and bonds with their fellow players as they are respected for showing up and bringing value.

This is where the intangible aspect of self-development comes in.

Your child will look back and think of all the car rides you gave them, times you were on the field coaching them, playing in the yard, the friends and moments they were able to live like scoring the touchdown or hitting the game winner.

Along with those moments are connection your child will have with his mind and body.

Learning to push through pain, push through expectations, perform under pressure – all of these are things your child will carry in their soul for life.

Teaching them to get up early, press on when sore, cheer on the success of others, and feel that unity of shared victories as well as defeats these emotions and experiences leave imprints on the soul. I’ve noticed that every college player I’ve interacted with has said that their “team days” were the best and that they still look back on them when a certain song plays or the dirt kicks up in the air and reminds them of practice.

There truly is a spiritual aspect to competition and teamwork, it’s a beautiful thing.

Earlier I touched on how my son could hang with the older boys. They’re taller, stronger, and faster yet I’ve watched them let him play with them and give him the respect he has earned because even though he is younger, they know he is a go-getter.

Your child could forge lifelong friendships with other motivated and positive minded children who are happy and healthy through sports.

You want your kids around positive influences I’d assume, so why not get them involved with others who are working to improve their abilities and compete?

Learning to share the limelight, learning to help others when they fall, learning to push beyond the comfort zone, etc. all of these things occur when these young athletes come together to bring their skills to the field.

Youth sports allow children to learn how to work as a team as well as how to operate independently. It gives them the added responsibility of understanding how their performance may impact another. This is something quite a few adults I know don’t understand.

We need to make sure that as parents, we are giving our children every opportunity to succeed.

Now, a majority of the photos and terms I’ve used have focused around the “major” sports and that is because that is all I know, I grew up playing football and my son plays baseball, and daughter is going into cheer-leading which is what my wife also did growing up.

That is not to say that if your child wants to build rockets, drones, or some other non-conventional competition that anything changes.

You still invest the time, you still bring them to where their skills will be tested, and you still make sure they are putting in the work at home.

If my son wanted to build rockets I’d bring him to rocket launching competition and him and I would work together to dominate – it’s that easy. you don’t live vicariously through your child, you support their strengths and passions and get the hell out of the way and let them take the limelight on their own.

Get your child involved in some type of sport, they’ll forever be better because of it.